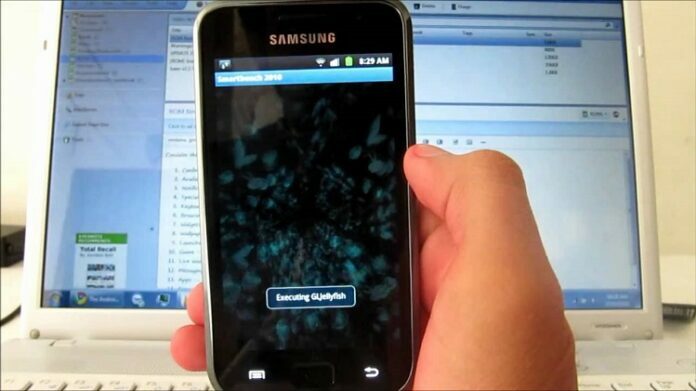 It seems that the Samsung Galaxy S Android 2.3 (Gingerbread) update is set to be released in the next couple of weeks. This info comes from the Three UK official Twitter feed. Although it’s obvious that we have no release date for the Android 2.3 Update, you can expect the Gingerbread update to rock your Galaxy S sometime towards the end of this month.

This piece of news followed the Euro Galaxy S Gingerbread ROM leak that happened just last month. Three’s announcement basically confirms that the Samsung Galaxy S will be among the first few smartphones not called “Nexus” to be officially updated to Android 2.3 OS. As per an earlier tweet made by the UK based carrier, you can also expect the Desire HD and HTC Desire to get the Android 2.3 update by late April or latest by early May this year, which is certainly less of a delay we feared!

The U.S. Galaxy S Owners Might Have to Wait Longer!

Although this news gives European Galaxy S owners a reason to rejoice, US Galaxy S owners shouldn’t expect to get the Android 2.3 update anytime soon! Amazingly enough, Big Red is yet to roll out Android 2.2 Froyo for the Fascinate. Moreover, all other US Galaxy S versions have had (or still have) problems with updating to FroYo. I wouldn’t expect a Gingerbread update for US versions before (at least!) June.

Samsung Galaxy S was launched last summer, featuring a 4” super AMOLED screen, 1GHz processor, Android 2.1 Éclair, and a 5 mp camera. Android 2.2 was released during May last year. The Euro Galaxy S received the Froyo update in October last year, while U.S. Galaxy S owners had to wait almost 6 months after the European update to get Froyo on their smartphones. As we mentioned, some did not get it till this date.

Theoretically speaking, the Android OS updates should be made available on all the smartphones in all countries at the same time. But, unfortunately, the carriers and the smartphone manufacturers somehow love to slap their own softwares atop the open-source OS platform. This delays the entire process of making the updates available to the owners of the individual handsets. As an example, although Android 2.2 Froyo was released last May, manufacturers and carriers in the U.S. are still struggling to update it on all the phones!

Anyways, with the official twitter feed made by Three UK, at least the European owners of the Galaxy S can rest assured to get their hands on some Gingerbread gorgeousness in a matter of few weeks. Those who haven’t yet bought the Galaxy S or HTC Desire may also opt to wait for the Galaxy S successor, Galaxy S2, which is expected to hit the UK markets in May. This Galaxy S sequel will run on Android 2.3 Gingerbread right from day one!