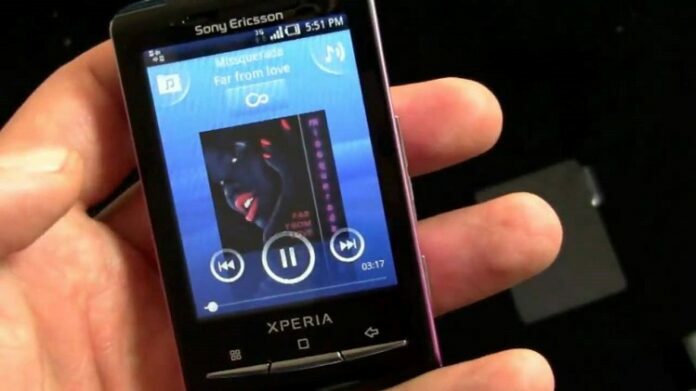 A rumor we covered a few of days ago stated that the Sony Ericsson X12 / Anzu (estimated release date: early 2011) will be among the first smartphones to use Gingerbread, but it seems the Anzu will be using the current latest version of Android, 2.2 Froyo before it is released. Although we have expected a Gingerbread implementation, FroYo isn’t exactly outdated, with a lot of people still expecting their 2.2 update to come on their currently top-notch smartphones. Just ask the US Galaxy S users who are still expecting their OTA, they’ll tell you.

Not that the rumored specs that we have now for the Anzu are bad:

But what some will love most about the Sony Ericsson X12 / Anzu is the design. Thin and slick is the name of the game here:

The Sony Ericsson Anzu: slim enough for ya ?

The SE Anzu is capable of recording 720p video

The Anzu that Eldar Murtazin got his hands on is currently using Android 2.1, but the smartphone will be shipping with FroYo. Additionally, the Anzu is expected to make the jump to Gingerbread sometime next year (although Sony’s track record isn’t exactly “on track” when it comes to Android updates).

Although Sony Ericsson have still some battles to win in order to prove they are a top smartphone producer (and from there on, Android is another league on its own), the features on the Anzu, combined with the decent international success of the Xperia X10 models success, might just give Sony Ericsson a fighting chance. But will it come too late ?