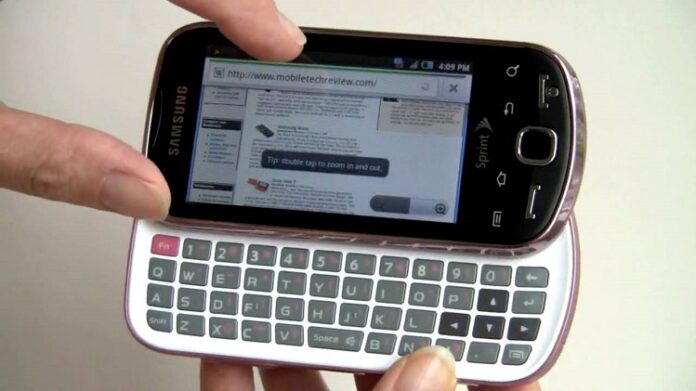 With Android expanding all over the world, it’s a little disappointing that Froyo updates are still rolling out even as the Gingerbread source becomes available, but still is good news they are updating though. The Samsung Intercept, Sprint’s midrange QWERTY packing Android phone was previously running Android 2.1 but since December 17th the Froyo 2.2 update is available. After installation, the Intercept will be running software version S:M910.05.S.DL05 with all the bells and whistles Froyo affords its users. As with most Android updates, it’s being rolled out in waves, so it may be a few days before it see it on your device. Intercept users on Virgin Mobile, now might be the time to start pestering you carrier about this update.

If you did not get the Android 2.2 update for your Samsung Intercept, try manually checking for it. Do do this:
1. From the Home screen, press Menu
2. Tap Settings
3. Flick down on the screen to scroll down; tap About Phone
4. Tap System updates > Update Firmware or Update Android
5. The device will check for updates
6. Follow instructions to install the update