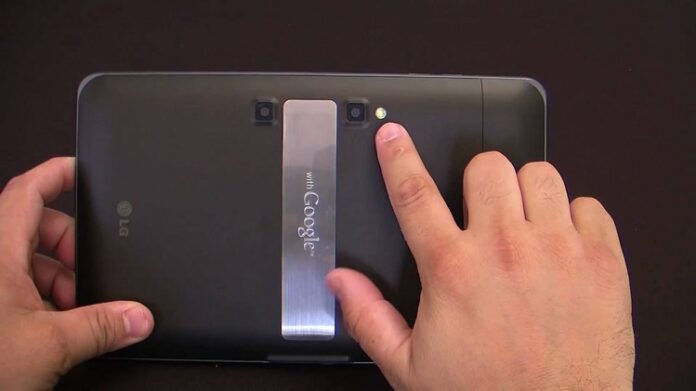 The LG G-Slate is the first 4G tablet to be launched by T Mobile in the coming months. It was first announced at the CES 2011 but detailed specifications were not known, until now. According to androidcentral, T Mobile has officially released the details about its Android tablet. After looking at the detailed specs, I must say it really is a step forward in mobile entertainment, mainly because it includes both a 3D display and 3D recording capabilities. This is the first tablet to be introduced in T Mobile’s G series of devices, and will be powered by the Android 3.0 Honeycomb. The size of the screen is 8.9 inch screen which should combines a good viewing experience with portability.

The LG G-Slate runs on the Nvidia Tegra 2 dual-core processor and has HD video playing and recording capabilities. It comes with a 5 mega pixel camera and 32 GB inbuilt memory. It also has an inbuilt gyroscope, accelerator and adaptive lighting to deliver the “ultimate gaming experience”. It also has many other applications such as Google Talk. According to T Mobile, the LG G-Slate will allow users to take full advantage of the fast T Mobile 4G network. T Mobile has recently expanded its 4G network and is planning on doubling its speed this year.

So far, there no pricing info was given, and the LG G-Slate release date has not been announced yet. However, there are some speculations circulating the web which state that it may be released as soon as March 2011. It remains to be seen whether this tablet can compete with other like the iPad (2), the BlackBerry PlayBook or the Motorola Xoom.