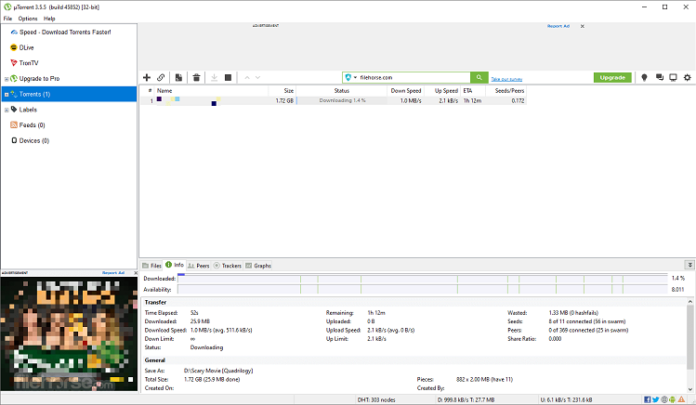 One thing is certain: the team at BitTorrent is as busy as a bee. Only a few days after launching uTorrent 3.0 Alpha, the American company finally released the first stable Mac version of uTorrent (µTorrent) , the very tiny BitTorrent client, after almost three years of hard work.

The Mac version of the renown Windows client now features a Mac User Interface, which is designed for those of you who are downloading many torrents at once, while it doesn’t eat up too much of your system resources (hence the name, µ – micro). Thus, it immediately gains an advantage over all the bloatware in this range of software products. Speed is surely an other keyword you would associate with this version. In fact, the creating team boasts it has always tried to follow three rules: a lightweight, fast and feature rich program. They’re not modest, but you can’t blame them.

The stable uTorrent 1.0 for Mac now available for free download

You can’t say there are a lot of changes between this version and the last few builds, but a some disturbing bugs were eliminated so just about anyone should be pleased with this build. uTorrent includes DHT, PEX, Protocol Encryptions and it adds the new uTP transport.

If you are using Transmission, you might want to give a try to uTorrent. It will surely be a serious competitor. Both focus on speed and go easy on your memory too.

After they announced the release only on their blog , they updated the official site too. You can download uTorrent for free from here.