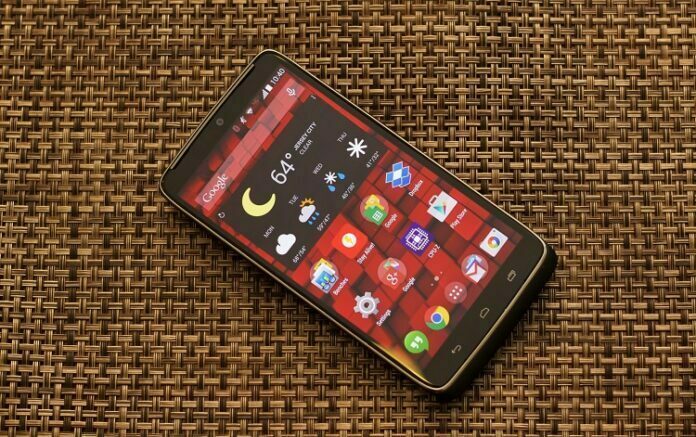 Even though Motorola and Verizon tried their hardest to keep the Motorola Droid X in the mist at least until their official announcement for the next generation of Droid scheduled on June 23, it was obvious there would be some leak of info about this new super smartphone even before its release announcement. Thanks to some pretty sneaky guys, such as our pals at engadget and droid-life, we now have quite a bit of details and specs about the Droid X, even a rumored Motorola Droid X release date which is believed to be on the 19th of July.

Aside Droid X’s release date, the most important update on the smartphone is linked to its much disputed display size, probably due to its main competition, HTC’s Evo 4G which brings a 4.3 inch multi-touch screen. The mystery whether the display measures 4.3 inches or it exceeds Evo’s screen reaching 4.4 inches was lifted a few days ago when Verizon posted the “Droid X coming soon” announcement along with three hints on what this smartphone can do, on the phones category of their web site. The other two characteristics revealed by Verizon are the presence of a HDMI output and the 720p screen. We also heard that the Droid X comes preloaded with a Blockbuster application and a DLNA type app, which shows that Motorola gave some serious thinking to multimedia features for this Droid phone.

Obviously, the all new Motorola Droid X will run Google’s Android operating system, but not the Froyo as many of us were expecting. Instead, Verizon opted for the Android 2.1 OS with a new kind of Motoblur skin. An interesting new feature worth mentioning is a navigation bar located at the bottom of the screen which helps you jump through different Android panes. This should really come in handy and save some time when having many applications. Our guess is that Froyo will reach the Droid X about the same time the original Droid gets the Android 2.1 upgrade.

Now let’s see what else we could dig up about this super smartphone. Design-wise, the Droid X very much resembles the Evo 4G but it is slightly longer and wider and (the people that got their hands on it say it has an uncomfortable kind of hump on the upper back side). It comes with only four physical buttons on the front and of course some smooth small buttons on the side, like the one for the 8-megapixel camera, which is able to record 720p videos. The 4.3-inch, FWVGA capacitive screen has a 854×480 resolution that comes with a multitouch keyboard option, even though Motorola provides Swype for this Droid phone.

The Droid X seems to provide a fast response to every tap. The 1 GHz ARMv7 processor, rumored to be an OMAP 3630 should help a lot with the responsiveness on the Motorola Droid X. The storage capacity will probably be around 8GB and another interesting thing you might like to hear is the existence of a special battery management software on the phone.

If this really is the case and all this info that we dug up about the Motorola Droid X turns out to be accurate, this phone will prove to be a true giant on the smartphone market and a true competitor against the HTC Evo 4G.