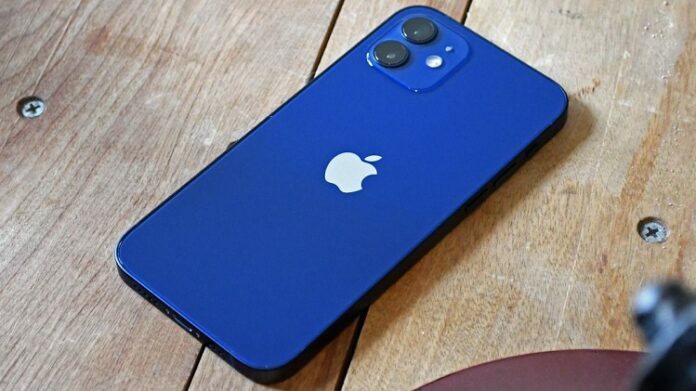 The next iPhone iteration, the much-awaited iPhone 5, can already be seen riding a horned stallion through the virgin rumor fields! Rumors about the launch and the design of the next generation iPhone 5 have been swirling for quite some time now and if you’ve been following this rumor mill, you must be aware that there are several new innovations that we can expect to see in this next iPhone by Apple.

Is Apple planning to release different models of iPhone at same time? Will there be a nano version ? Will the iPhone 5 be released with universal baseband on all the carriers? These are some of the many questions that are being asked about iPhone 5 nowadays. Here is a detailed iPhone 5 rumor round-up to help you make sense out of these questions.

While the white iPhone 4 is scheduled for an official spring 2011 launch, the iPhone 5 launch is anticipated for this summer! Judging by Apple’s product lifecycle and the information provided by Digitimes about the company’s supply chains, the rumored summer release of the iPhone 5 seems to be quite probable. One Digitimes report released nearly a month ago stated that the release date should fall sometime around June 5, 2011. Around that same date, the WWDC conference is scheduled to be held.

#2 iPhone 5 will be Cheaper…It will be for the Masses!

As the air of speculation around the next generation iPhone is getting denser, an old rumor recently surfaced again after it got back up from Tim Cook, the present acting CEO of Apple. While speaking with Forbes, Cook hinted on the release of a “second, cheaper” version of iPhone meant for the masses and not “just for the rich”.

Every new iPhone generation has had much better battery life than its predecessors and the same can be expected from iPhone 5. A patent leaked recently on the internet suggested that iPhone 5 will have increased battery cell density and hence, longer battery life. Moreover, according to the most reliable tipsters, the new iPhone will most likely feature the latest NFC (Near Field Communication) technology, a new breakthrough technology that will allow you to use your iPhone interface to make payments for ads and products via RFID. According to Bloomberg and AppleInsider, there will be a new “twist” in the implementation of NFC in iPhone 5 that will give this device an edge over its competitors, but we are still not clear on what this twist will be like!

Another interesting rumor that we’ve been hearing from various sources regards possible significant updates to APple’s cloud-based web service, MobileMe, with the release of iPhone 5. Most probably, MobileMe will be made an integral part of the iOS 4.3 (release date: March 11, same date as the iPad 2) while other rumors claim it won’t be for free, but will be available at a remarkable reduced price with iPhone 5. Also, you can hope to receive a streaming iTunes media service with the updated version. Now, going by the rumors that the iPhone 5 will be mostly cloud-based, these MobileMe rumors certainly make sense!

An article in the Wall Street Journal recently reported that the next generation iPhone can be expected to be released as the mini iPhone (‘iPhone Nano’) this summer, featuring voice navigation and an edge-to-edge screen. This anticipated version of the iPhone is expected to be sold at much cheaper rates and on various carriers. Some analysts believe that this might help Apple increase its smartphone revenue by more than 250%! But, the conflicting reports in NY Times, suggesting that there won’t be any iPhone Nano leaves the picture unclear. All we can do now is to wait and watch!

Other Rumors on the iPhone 5 Design & Features

# 6 No Home Button: Reports from bgr.com suggest that the home button functionality in Apple’s next iPhone will get replaced with new, interesting multi-touch gestures. But, this drastic change in design might affect the jailbreak process. After all, an iPhone cannot be put into the DFU mode without the aid of a home button. Let’s wait till summer and see what Apple does about it, and how does the jailbreaking community respond.

#7 Larger Screen/Display: Nowadays, most Android handsets launched in the market boast 4” screens. Some rumors claim that the iPhone 5 will also have a 4” screen. Last week, iDealsChina and 9to5Mac corroborated this rumor with a leaked picture of iPhone 5, depicting a larger screen. Also, the rumor that there won’t be any home button in the new model goes well with this one!

#8 Slideout Keyboard: Did you ever imagine claimed to have an iPhone with a slide-out keyboard? If not, start imagining as you might have one of these kinds in the market very soon. Tw.Apple.pro, a Taiwanese website, recently claimed that iPhone 5 will also feature a Slideout keyboard. It claims to have a leaked picture of iPhone 5 with a label 821-1300-02 HF/c1, featuring a sliding keyboard. The site, in fact, also talks of the possibility of a 3D screen being included in the new model. Although these claims seem to be far from reality, let’s see if they ever come true. Till then you can take them with a grain of salt.

#9 Dual Core CPU: As Apple has always improved the performance of iPhones in every generation, rumors about the possible use of a dual core CPU, the ARM Cortex A9 processor, in iPhone 5 seem to be quite logical. Apple could also go for their own A5 (as announced for the iPad 2).

#10 Use of Magsafe: Rumored reports from AppleInsider and tuaw.com suggest that Apple might use Magsafe connector for data transfer and power to replace the USB connector in the future i0S devices. However, it is still unclear if this change will be implemented in iPhone 5 this year itself. We, however, believe that use of Magsafe for iPods and iPhones as a standard connector won’t be possible this year, but can certainly be expected in iPhone 6!

#11 Use of LTE: Speculations are that Apple has been working on implementing LTE on iPhone for quite some time. Rumors are that we might get to see it in iPhone 5, but it seems to be a little difficult. Although Apple is very fast in adopting new technologies, we really don’t think the LTE technology will be provided in iPhone 5. It is a bit too early for that!

To sum it all, it is highly likely that we might get to see 2-3 different new iPhone models that will share a release date this summer. However, Apple might also decide to come up with just one model originally, and then release the other versions later, to keep the online buzz up regarding its products to as high as it can go. In any case, the next generation iPhone 5 can be expected to have a dual core processor, a larger screen, improved battery life, integrated NFC technology, a drastic design change, and an updated and cheaper version of MobileMe.

As the anticipated June release date is coming closer, the speculations about iPhone 5 are getting intensified day by day. Old rumors can be seen swirling again. New rumors keep surfacing every now and then. Amidst all this, what do you think the next iPhone would be like? What features do you expect it to have – a better price, a better design, or a better performance?

We are anticipating is that Apple might come up with multiple versions of iPhone 5, giving us more options to choose from. Let’s see what happens! We’ll keep you posted on that…