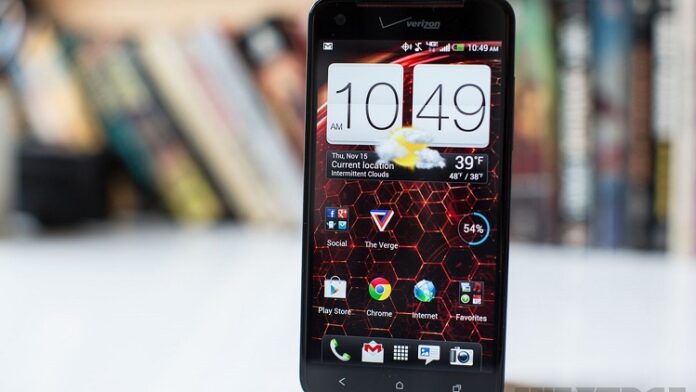 As Verizon is preparing for the November rush of smatphones assault, another giant from the smart mobile devices market is preparing to enter the arena. The Samsung Continuum will be breaking the ice with a November 11 release date from Verizon’s headquarters. We know this for a fact from a screen shot that reveals details and specs of the Android 2.2 based Samsung Continuum SCH-i400 provided by PhoneArena. November 11th proves to be a magic date, at least for Verizon who is preparing the launch of two other devices on that same day: the Samsung Zeal and the Android powered Motorola Citrus.

The newest Galaxy S smartphone called Samsung Continuum will obviously be running Google’s operating system, Android 2.2 aka Froyo. It will bear a 1GHz Hummingbird processor powering a 3.4 inch WVGA Super AMOLED display with 480 x 800 resolution situated at the top of the front side and a smaller 1.8 inch 96 x 480 also Super AMOLED display at the bottom of the device designed for viewing alerts and messages at a lower battery consumption. The 5 megapixel camera is equipped with LED flash and autofocus and supports 720p video recording. Wi-Fi 802.11 b/g/n is also present as well as Bluetooth, a 3.5 mm headset jack and EVDO Rev A. The memory consists of 2 GB internal, 384 MB RAM and 512 MB Flash, but an 8 GB microSDHC card is also pre-installed. Alongside the Android 2.2, Samsung also introduced the touch UI TouchWiz 3 with widgets and skinned user interface to the Continuum.

The Samsung Zeal doesn’t exactly fit into the smartphones category, but you’ll most likely enjoy it if you also liked the Samsung Alias or Alias 2, which is actually very similar to the Zeal. The 2.6 inch 240 x 320 QVGA display can be used in either portrait or landscape mode. The E-Ink QWERTY keyboard, 2 megapixel camera, Bluetooth and microSD card support is about all there is to say about this simple device. The Motorola Citrus on the other hand fits right into the smartphone segment of mobile devices with its precious Android 2.1 OS. Most of the phone consists of 25% post-consumer recycled plastic (among other materials) and the 3 inch 320 x 240 QVGA display. Needless to say that the device is packed with Bluetooth, Wi-Fi capabilities, EVDO Rev A, 3 megapixel camera and 2 GB microSD card pre-installed. Maybe more worthy of being mentioned are Microsoft’s Bing Search and Bing Maps.

Anyways, it looks like November 11th is going to be a full day for Verzion, and the star of the day will definitely prove to be the Samsung Continuum. All that remains is to see how affordable it will turn out to be.