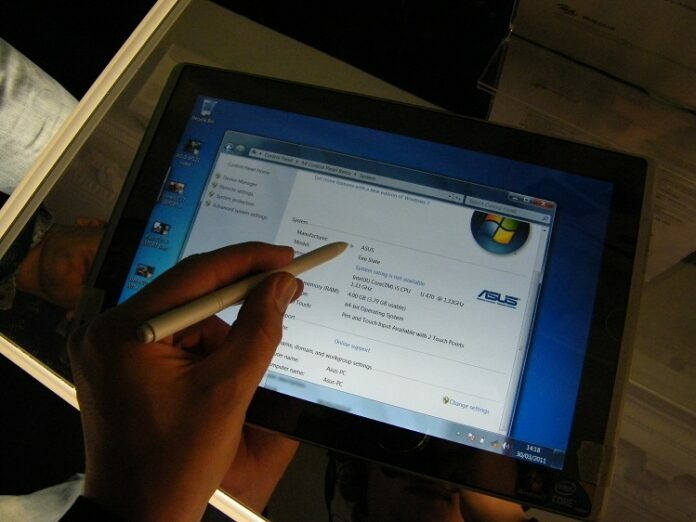 It’s been some time now since Asus has been teasing us with news about an upcoming tablet which supposedly should have been launched by the end of this year’s July. Now we found out that the Taiwanese company postponed the release date to somewhere around the beginning of 2011. Gizmodo also informed us about new developments regarding the tablet’s operating system. Believed to get in Microsoft’s hands at first, with their Windows Embedded Compact 7 OS, it looks like Asus is actually heading for Google’s Android operating system for their 10.1” EP101TC EeePad. No specific version was even rumored, but we expect no less than Android 2.2 or even higher considering the late release of the tablet.

Asus chooses Android over Windows EC7 for their EeePad. Release date: next year

Assus’ EeePad was ment to come in two sizes: 10 and 12 inches, although Asus hasn’t yet revealed the BMI of the EP121. But who knows, since not even now we can talk with absolute certainty about the full specs of the 10-inch tablet. However, some rumors did go over our ears and we can imply that the EeePad will be powered by an Intel processor, a Core 2 Duo CULV to be more precise. Asus also installed a webcam for video conferencing and the tablet is supposedly coming with some USB ports. Even though weighing just 675g in a 12.2 mm thick carcass, the EeePad should hold enough battery power for 10 hours of use. Interestingly enough, Asus’ tablet should be able to recognize handwritings, although it will present itself with a virtual keyboard and a “docking station-cum keyboard” to turn it into a faux-desktop. Some rumors regarding the price of the EeePad were also wondering around, which in Assus’ Chairman Jerry Shen’s opinion should be quite cheap. Instead, Digitimes reported the Taiwan price to be somewhere between US $475 – $505, which is pretty much considering that the iPad and other already existing tablets are under $500.