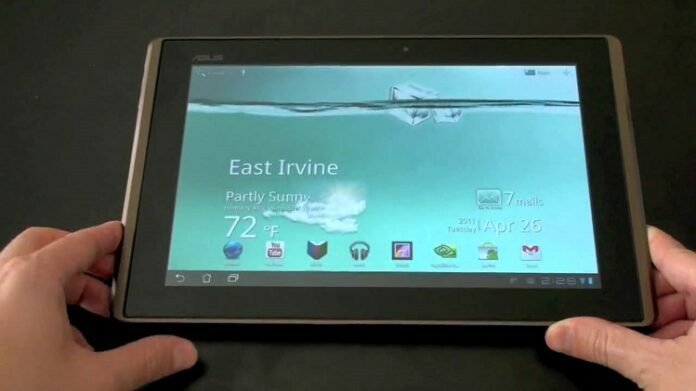 Apple’s iPad has clearly the only major player on the tablet market, but it seems that’s about to change. Last year, ASUS started developing a touchscreen device similar to the iPad (called the ASUS Eee Pad) but with different and hopefully improved capabilities. The ASUS Eee Pad (“Eee” is the name for the company’s consumer devices, which include the original Netbook, the EeePC and the EeeTop) will be a direct competitor to the iPad.

The ASUS tablet comes with a Core i5 (or even Core i7) processor, running on the Windows 7 OS. ASUS’s touchscreen tablet will be unveiled in the following weeks, with a price ranging between $750 and $800. The Eee Pad might not be the only tabled ASUS is working on, as there are some that say ASUS is planning more touchscreen tablets, extending their touchscreen device range with more products like the Eee Pad or WePad.

ASUS Eee Pad: A Windows 7 and Core i7 Dream Tablet To Be ?

The new ASUS tablet will sure give Apple’s iPad a run for the money, but who knows if the iPad won’t prevail in the long run. The tablet battle has just begun, as other major players in the IT market are planning their own tablets (Google for instance, is working on their own Android-based tablet, while the HP Slate has already started making waves).

I’m still having doubts weather the age of touchscreen devices has just begun or we’re just experiencing a glimpse of what’s to come, but with more and more phones being released with the touchscreen technology, one might begin to wonder if it’s just the big tech companies flooding the market and inspiring users with the desire to touch things that are out of the physical world. Either way, I can’t say I’m not loving it!