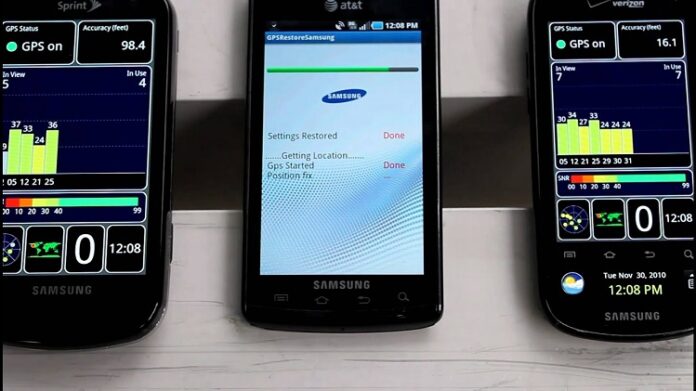 The reasonably priced Samsung Captivate was released on July 18th and it has been available for sale in exchange of $200 ever since. Samsung has had high expectations regarding this handset and everything has been going well, except for some small glitches. Amongst these, the most frequent and worth mentioning one is represented by the GPS problem. To be more specific, most Captivate users have reported their phones lose the GPS signal, without them going in un-covered areas or without any other obvious reason. This problem has been going on ever since the release, but finally, there now is a solution to it, which will be available as an update.

Maybe a little later than Captivate owners would have liked, Samsung and AT&T announced they will soon release an update pack to take care of the problem. Actually, the pack is already up for grabs, but some phones may take longer than others to find, download and install it. In the press release, officials say it might take several weeks for all devices to receive the ’cure’ for what has been Captivate’s biggest problem. It is recommended that before installing this latest update, users should back their phones up, the way they should do before any change brought to the operating system.

One of the possible reasons for which it took AT&T so long to make these fixes available it that the update pack will also include other new additions which will improve the media scanning time, upgrade the QuickOffice version to the full one and address Microsoft Exchange2003 policy support. Leaving apart the QuickOffice kit, the dimensions of the pack should be kept to a minimum by the other features, so it shouldn’t take more than 20 minutes to get this done with.

For those anxious to get their hands on the new update pack for the Samsung Captivate, trying to manually install it may solve the problem, but phones often don’t detect upgrades when set on manual search. Unfortunately, although this pack was meant to help all Captivate users use their included GPS without fear of losing signal, reports coming in from those who’ve already installed it say not all devices have been cured, thus making people even more unhappy with the problem. Let us know if this update manages to solve the your GPS issues.