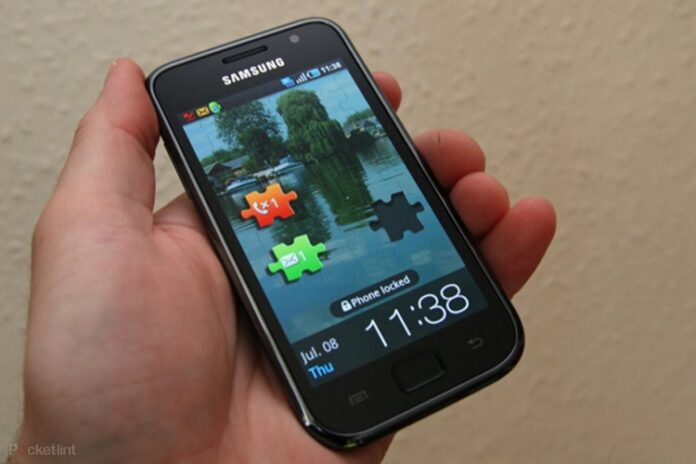 Ever since the release of the Samsung Galaxy S fans have been waiting for an upgrade that will bring their handset operating system to Android 2.2. Once rumor got out that the much awaited pack would be released in late September, everyone got really excited and Samsung was forced to announce that they’ve set the end of the month as a deadline. It may have been planned that way, or they might have been pressured by the media, we’ll never find out, but what we do know is that the Spanish Samsung Division posted on Facebook a new announcement, stating that the regional release date for the Froyo update would be Halloween day.

With more and more phones running Google’s Android operating system being sold every day, the upgrading process to Froyo slowly turned in a race between different carrier providers or phone manufacturers. No wonder people are so keen on getting their hands on it, considering that it improves CPU performance and apps speed 2 to 5 times, depending on the phone. Other enhanced areas are the APIs and Services, including alert enabling, send to phone features for the installed applications and the possibility to back up programs or the entire phone both manually and automatically. Furthermore, when running Froyo, users will be able to choose if they want the apps installed on SDcards and only later on moved to the internal storage device, rather than directly on the phone.

As portability and connectivity are the key words for any smart-phone, Wi-Fi capabilities play an important role in deciding on a phone’s quality. That is why Android 2.2 introduces the ability to use the phone as a hotspot, allowing easier access on a PC to the internet, through the mobile phone. And speaking of internet, javascript rendering has been improved 2 to 3 times, dramatically increasing browser performance when surfing more complex sites. Lastly, the desktop and the Android Market have been completely redesigned in order to make important features more accessible.

Back to the Samsung Galaxy S, once all these updates will have been installed through the Froyo pack, users will be able to use the phone at its best. Unfortunately, as the announcement has been made by a regional division, the Spanish one, we can’t tell for sure how long it will take for users all over the world to get their handsets upgraded to Android 2.2.