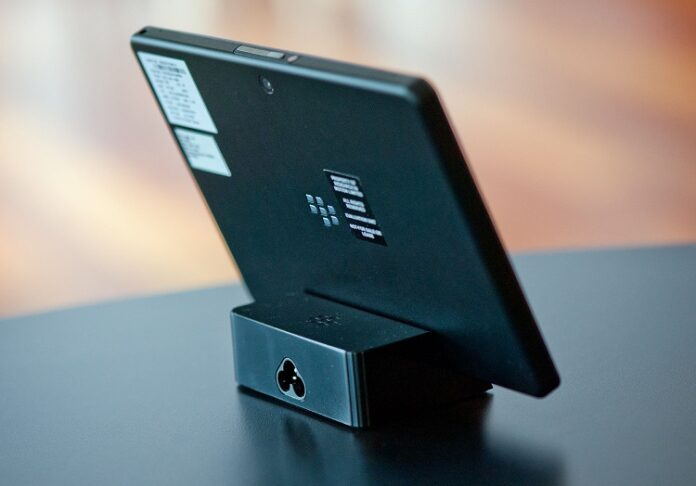 Nothing has been confirmed yet, but according to Boy Genius Report, the much-awaited BlackBerry Playbook is slated for release on April 10, 2011. Back in January, rumors were abound that the reason for delay is the subpar battery life, but RIM has long since denied it, claiming that there is no issue with the Playbook in that aspect.

Besides the release date, Boy Genius Report also cites the same multiple anonymous sources for another leak: the BlackBerry Tablet OS will reach Gold Master on March 31st. As the PlayBook is rumored for an April 10 release, enough time has passed that users will already be prompted to upgrade to the newest version of the OS right out of the box. This probably means nobody besides RIM insiders and early reviewers will get a glimpse of the very first BB Tablet OS version, although we reckon the first OS updates won’t bring anything of major significance. What we do know about the BB Tablet OS is that it will support multitasking.

First announced back in November 2010, the BlackBerry Playbook sports a 7-inch WSVGA screen, and comes in 8GB, 16GB, and 32 GB variants. The device has a couple of HD cameras – a 5 MP shooter and a 3 MP front-facing camera. Just recently, RIM announced that the PlayBook will come in four varieties, connectivity-wise – WiFi + LTE , WiFi + HSPA, WiFi, and WiFi + WiMax. However, the LTE and HSPA+ versions won’t be included on the April 10 release, and would be available starting second half of 2011 instead.

We’re yet to see if the Playbook really hits the market by April 10. Until then, we’ll keep you posted.