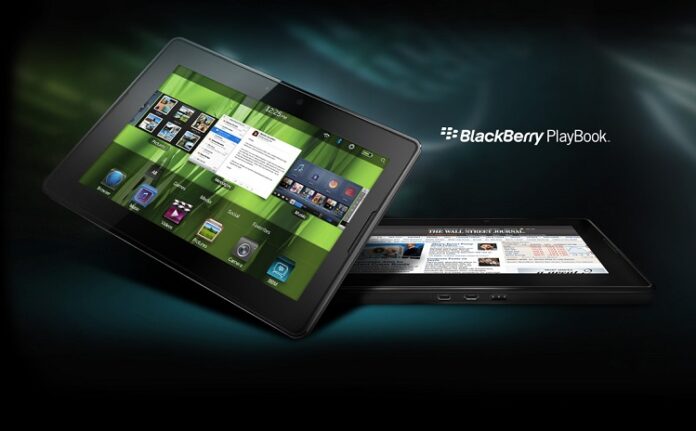 The BlackBerry PlayBook is a 7 inch tablet yet to be launched by RIM. With competition such as the unreleased Motorola XOOM, a probable iPad 2 and many others, RIM is trying to win some tablet fans over by showcasing the business features on the Playbook.

RIM released a demo video of the PlayBook a few days ago, in which they heavily emphasized the business side of this tablet. The tablet can be synced to your Blackberry phone and you can get push email in real time. The video also shows that you can check office documents on the PlayBook via third party applications. Also, you can view and control presentations with SAP’s BusinessObjects Explorer. I assume RIM believes all these features will make appeal to business users and.. they are pretty much right there.

Another cool feature on the Playbook shown in the video is that it can multitask. You can check your email, view documents as well as presentations at the same time. However, I would like to remind you that you cannot check your email without having a BlackBerry phone nearby. This may mean that the PlayBook will appeal more to people who are using a BlackBerry already.

BlackBerry Playbook Shows Its Business Side In RIM’s Demo Video

Here’s the video we’re talking about:

The PlayBook is powered by BlackBerry Tablet’s OS developed by QNX (recently acquired by RIM) . The BlackBerry Playbook will feature a Cortex-A9 based dual core 1Ghz CPU and will be available in two versions: 16GB and 32GB. Even though it may lack email support, it does have some impressive features such as a dual camera, HD video multitasking support. RIM has also boasted of the multimedia and gaming capabilities of this tablet.