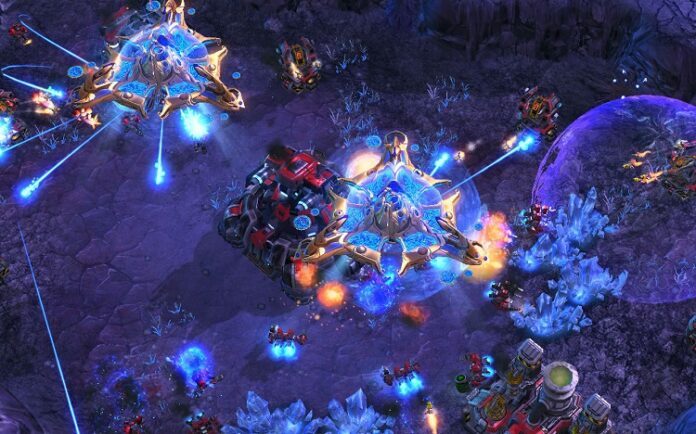 About a month ago, Blizzard blared out the sales numbers for StarCraft II: Wings of Liberty. They had managed to sell 1 million of copies only in the first 24 hours (the game instantly became the best-selling PC game in 2010), and another 500K the next day. The game had already been labeled as the fastest-selling strategy game ever.

Recently, they decided to give out the numbers for the first month of sales. Of course interest wasn’t as big as in the first days after release, but the company from Irving, California managed to sell an astounding 3 million copies of the game. That’s something! And we are talking about one installment in the StarCraft 2 series, as two expansion-packs are yet to be released. What’s more, Blizzard always produced games with a great value, that sell years after they are launched.

Mike Morhaime, CEO and co-founder of Blizzard Entertainment, appreciated the “enthusiasm that players around the world have shown for StarCraft II”. He then added that he was delighted “to see how strongly the global community has embraced the game”. Indeed, StarCraft II: WoL has been very well received, in spite of many skeptics who voiced out that the breaking down of the game in three parts is a strategy meant to ‘milk out’ more money from customers. Well, the first part is full of content and it’s completely worth the money.

StarCraft II: WoL is a game which needs not any presentation to die-hard fans of the first game, released in 1998. If you were away on another planet in the past 12 years

, I’ll try a little description. The game boasts a dynamic 3d-graphics engine, centering on the fight between the human exiles (Terrans), Protoss (a species with psionic powers), and Zergs (a race of insectoids). Each of the three comes with veteran units, but also with upgraded and new unit types. The game is also available in multiplayer mode; Battle.net, Blizzard’s astonishing online gaming service has been completely recreated in order to match the ever-growing gamers’ standards. Voice communication, leagues and ladders, cloud file storage are just some of the service’s new features.

For more information on StartCraft II: WoL’s sales and more, you can visit the official website.