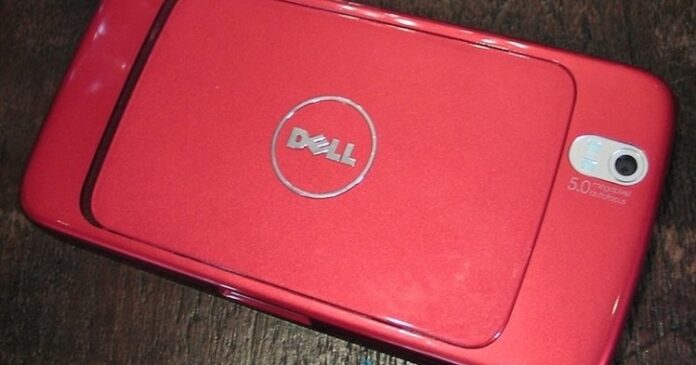 The latest rumor about Dell’s plans in the tablet department refers to a possible successor of the Dell Streak, a second-gen device which is currently being called Dell Opus One and is allegedly set to come out May 2011.

Rumor has it that during one of Dell’s latest presentations, at which a concerned „tipster” attended, while they were talking about the Opus One, they where also showing photos of the Dell Streak and the Streak Froyo. That is how people arrived at the conclusion that, even though this upcoming tablet was not reffed to as the Streak’s successor, there is a clear connection between the two devices, and if you can put 2 and 2 together you can also see they are probably related.

Seeing how a Dell representative at a presentation, talking to a group of people is not necessarily a sure thing, one might tend to be skeptical about this new gadget in plan, especially when hearing about it’s release date which appears to be set 6 months from now. This being said, taking into consideration the rate at which the current market is expanding in this business, a skeptical opinion becomes a possible opinion. For example, there was an announcement from the CEO of Motorola himself, Sanjay Jha, about a 2 GHz Motorola phone, that might be appearing even before the end of this year, which is a lot sooner than 6 months from now, and seeing how the Streak might be considered by some a phone rather than a tablet, it’s 1.2 GHz dual-core processor (which is also a rumor) doesn’t sound that impressive.

When it comes to specs, we haven’t heard very much outside the possibility of the dual-core processor, which judging from Dell’s manufacturer choices when it comes to powering devices like this tablet might be a new Qualcomm Snapdragon. The new tablet is said to have the same screen as the Streak when it comes to size, 5 inches, but a resolution set in the area around 1280 X 800. So the question that remains to be asked is: are you tempted to buy this device in case it actually pans out, or do you have your eyes set on something else? I myself am a bit of a Dell freak, so to me it sounds really good. This being said, I can’t for the life of me figure out why Dell chose a 5-inch screen and not a bigger one, because this is probably the only factor that kind of bums me out because i really like big screens whether we’re talking about phones, TV’s, laptops or tablets, but that’s just me.