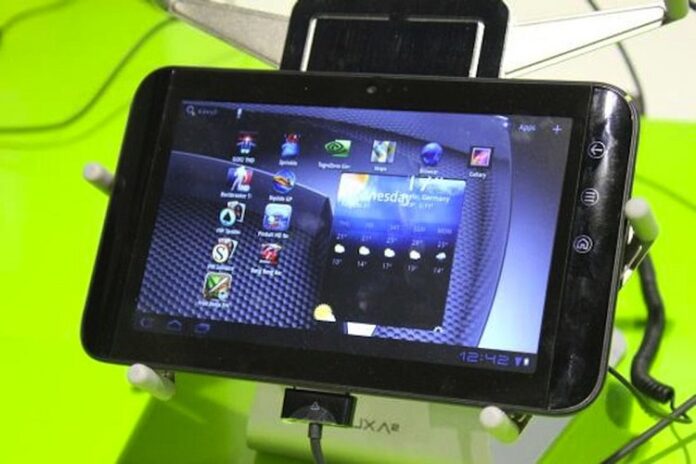 If you take their word on it, T-Mobile and Dell say that the Dell Streak 7 tablet is a 4G device that will revolutionize transfer speeds around the US. While the announcement was made by T-Mobile’s CEO and was mainly based on praising the network provider as the most successful one in the US in 2010, there were also a number of details regarding the Dell Streak 7 that were able to make their way into Phillipp Humm’s presentation, so let’s take a look at those.

The first thing that pops out is that despite most of the recently announced tablets will be running Android Honeycomb upon release, Dell and T-Mobile decided to stick to Android 2.2 Froyo, at least for the time being. Those who will still want to buy the device will be glad to find a dual core Tegra 2 processor under the case. Furthermore, the tab should be capable to put up speeds of up to 21 Mbs, ideal for streaming videos, apps, music and so on. Yet, the “brilliant 7 inch WVGA touch-screen with Gorilla Glass”, as it is described in the press release, might turn out to be just a little bit too small for some, but just the right size for others. The tab will also provide support for Adobe Flash Player 10.1, in order to provide users with the necessary add-ons to take full advantage of the new internet experience.

Unfortunately these are just about all the details we have on the upcoming Dell Streak 7. Taking a look at the picture, Dell have opted for a classic, yet stylish design, which should bring a plus to the overall impression that potential buyers will get from their first hands-on with tab. With regards the price of the tab, there’s no word on that yet; instead, the February 2′nd release date seems to be basically confirmed as a document leaked on tmonews. The release date timing seems to be just right as it comes out before other awaited tabs, such as the Playbook 3G or the G-Slate, which should hit stores in March and respectively April. We’ll get back to you as soon as there’s anything new on this.