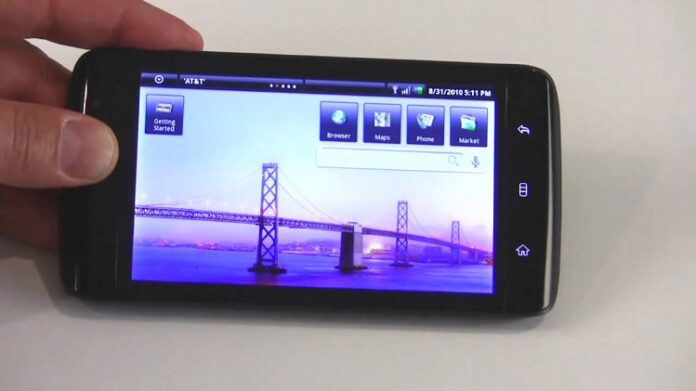 The Dell Streak or (Dell Mini 5 as it is nicknamed) is part of the Android 2.1 wave that is now flooding the market with touchscreen smartphones like the popular Google Nexus One, the Sprint Evo 4G and the HTC Desire.

Dell CEO Michael Dell revealed the Dell Mini 5 at the Citrix Synergy conference and stated that the device will be available next month for the Europe carrier Telefonica O2 will arrive to AT&T on a not yet disclosed 2010 release date (probably in the first half of Q3).

The Dell Mini 5 will be running on Android 2.1 (we hope that Android 2.2 Froyo upgrade will become available as soon as it comes out). The device features a 5 inch multi-touch display, a 5MP camera and the Snapdragon 1Ghz (sorry, got lost in all the fives) processor that some previous Android smartphones are using. The Dell Mini 5 will also feature Wi-Fi and Bluetooth connectivity options.

This device can’t be put in the same category as other Android powered phones because it isn’t a phone, it’s a tablet, one that can make calls. It would be funny seeing someone use the Dell Streak without a headset wouldn’t it?

UPDATE: I’m hoping there will be a wireless headseat included in the package, along that bamboo case glove European o2 Dell Streak owners will be able to brag about next month once this tablet / smartphone is released next month.