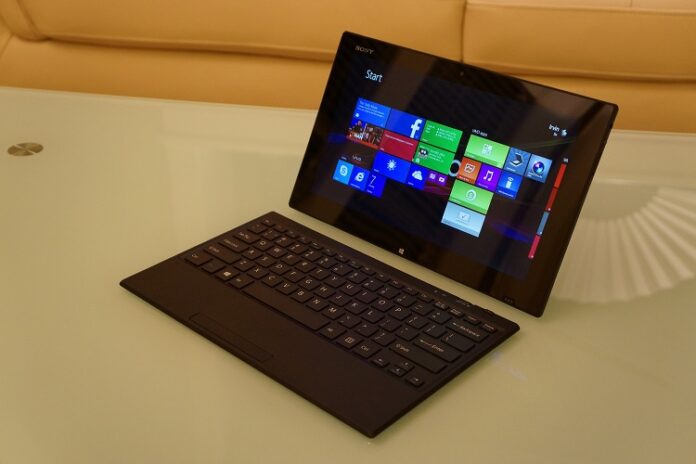 It seems that lately every major IT corporation is more and more interested in designing and manufacturing tablets much like in Apple’s example with the iPad. A rumor just got to our ears and entered our thoughts and we feel like sharing the gossip. I’m talking about an idea from Sony to begin the development of such a Sony Vaio tablet PC.

We’ve confirmed a growing interest in tablets when we talked just a few days ago about the soon to be released Archos 7 tablet, which honestly could not compete against HP’s rumored webOS based Hurricane prepared for launch in this year’s third quarter. We also heard news from Verizon Wireless and Google about the possible appearance of a probably pretty exciting and interesting gPad. Apple also provided some interesting opportunities, making the online international pre-order for the iPad available with the official release date on the 28th day of this month.

The rumors of a Vaio-branded tablet PC resurfaced when Mike Abary, the senior vice president of Sony’s IT Products was contacted for an interview by Bloomberg and started spilling out some of Sony’s intentions for the future. He said that they were observing the tablet PC market for quite some time now and he was not talking about a few days or months but about several years of investigations and analysis. Abary also mentioned that the idea shows some pretty interesting opportunities, but Sony wants to be sure that this is a stable market before jumping ahead and that the iPad’s major success selling over 1 million devices in the first month was not just a singular lucky case.

The Sony Vaio Tablet or when Sony Smells Cash

Abary emphasized that Sony is now focusing its energy mostly on its continuously growing digital library although he did not disclose exactly how well Reader sales are going but gave us a clue that it is doing more than ok (now, what else would he say ?). Sony’s Reader division is looking to improve wireless connectivity and battery life but also to find a way to develop digital books in color instead of monochrome and it seems the only way to do that is to find other suppliers because the current one called E Ink Corp. cannot deliver color technology until 2011.

Despite Sony’s drop from the top five PC vendors in the world, the luxury division of Sony, Vaio, managed to keep up the pace using pretty expensive configurations but this comes in contradiction with some surveys that have been going around concerning Internet users which show that they believe tablets prices are too high. Maybe this really is a reason for Sony to wait a bit longer and not jump into the already quite crowded tablet PC market. Funny how a market can be crowded even before it grew… can’t mess with the sharks.