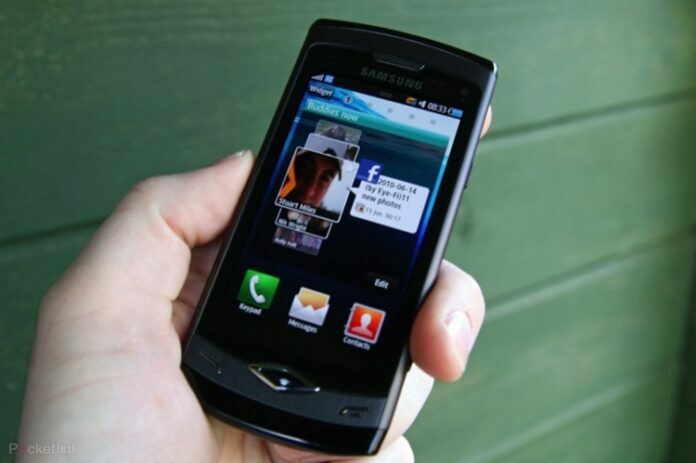 As a response to the newly created competition, Vodafone UK just released a list of fresh new handsets centered around Samsung Wave, Samsung Galaxy S and BlackBerry Pearl 3G. And by the newly created competition I’m referring to Everything Everywhere which is the name for the joint ventures between France Telecom and Deutsche Telekom, owners of Orange and T-Mobile respectively, which began operating on May 11th, 2010.

Samsung Wave, also known as Samsung S8500, is a touch screen smartphone with a realease date set for next month. The phone makes its presence noticed mainly by its gorgeous 3.3”, 16M-color, touchscreen, capable of a 800×480 pixel resolution, by its ability to multitask and by its super speed. It will run on Samsung’s new software platform Bada using a 1 GHz processor and it will include TouchWiz 3.0, a user interface developed by Samsung. Other interesting features and characteristics the smartphone presents are the 5 megapixels camera, Bluetooth 3.0, Wi-Fi, A-GPS, microUSB 2.0, accelerometer sensor for UI auto-rotate, scratch-resistant surface, handwriting recognition and an internal storage capacity of 2GB/8GB that could reach 32GB using a microSD card.

The next phone in the Vodafone UK lineup is the Samsung i9000 Galaxy S. Announced by Samsung with a summer release date, it will stand out as being the fastest graphics processing unit in any Android phone with 90 million triangles per second thanks to the PowerVR graphics processor. It will easily get notice also by being the thinnest smartphone that uses touchscreen and the thinnest Android phone in the world according to Samsung. It will run the latest version of Android, the Éclair or Android 2.1, with TouchWiz UI 3.0 included, using a processor of 1GHz on a 4 inch 480×800 Super Amoled widescreen display. It will also be among the first phones to offer Bluetooth 3.0 or Divx HD. The storage capacity on the Samsung Galaxy S is 8-16GB with the possibility to use an external microSD card of up to 32GB. It also comes with a 5 megapixel camera with many interesting features like auto focus, 720p HD video, self shot, action shot, smile shot, panorama shot, stop motion and more. If you are considering acquiring this smartphone, you should also know it provides A-GPS, accelerometer, video messaging, Android Market, digital compass, proximity and light sensors, voice command, widgets, smart security and other interesting stuff.

RIM’s BlackBerry Pearl 3G has a little bit less to offer than those two Samsung super smartphones, but makes for an interesting addition in Vodafone UK stores. What’s interesting about this phone is the 20-key QWERTY keyboard, the optical trackpad and dedicated media keys. The phone will use the BlackBerry OS 5.0, with a processor working at 624 MHz on a 360×400 pixel color display. Here’s a quick peak at what this smartphone has to offer: 3G network support, SureType technology, multitasking, Wi-Fi, GPS, BlackBerry Maps, Bluetooth 2.1, 3.2 MP camera with autofocus, flash and 2.5x digital zoom and as for the memory, the phone comes with 256 MB flash memory/256 MB SDRAM, 2GB media card and the choice to extend the storage capacity at up to 32GB.

It seems that Vodafone doesn’t like the fact that Everything Everywhere is now considered the biggest mobile network operator in the United Kingdome and decided to come off strong with these new add-ons on their list of coming soon products. And these three smartphones are only the center pieces on the new line of phones as the list goes on with even more devices and products. You should check it out here [http://shop.vodafone.co.uk/shop/coming-soon/mobile-phones?WT.mc_id=aff-td-esh-mbtxtlink–tx-1699232-18055138&WT.mc_evt=click&source=TD&dfacid=1&cid=aff-td]