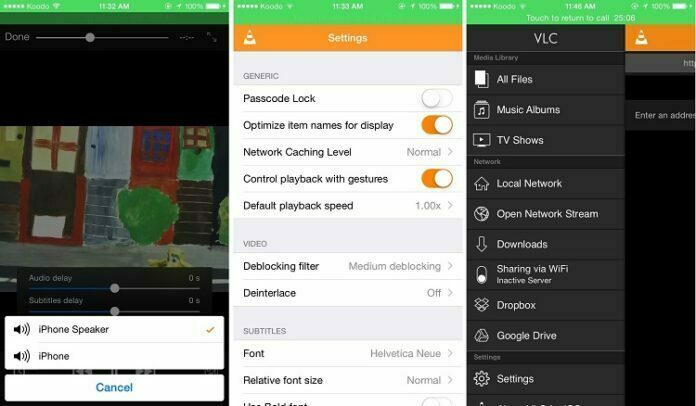 One of the top media players on the market is available right now for the iPad, iPhone and iPod Touch. The catch of course is that the VLC Media Player may not be available for much longer. According to developers with VLC, the media player may be pulled any minute. The CEO of VLC claims that the iOS is violating the GNU public license (GPL) agreement where it concerns attaching a DRM to the player.

Basically the way the GPL works is not compatible with how Apple conducts business. While the VLC media player is free of charge for any iOS device that it is downloaded to, each specific player is not transferrable from one device to another.

This means that while it does not cost anything to download each VLC it must be downloaded to your iPhone, your iPad and iPod Touch if you want them on all three devices. You cannot transfer the VLC Media player between devices using iTunes on your main computer the way you can with other apps. The fact that the media player cannot be transferred from one device to another violates the GPL which states that any software using that sort of a license must be freely able to transfer to any device the user desires.

The irony is that the VLC Media player should never have shown up in the Apple app store to begin with because Apple is well aware that the GPL does not conform to Apple’s App store policies. Earlier in the year the iOS version of a game called GNU Go was removed from the app store for the same GPL violating reasons. The VLC open source media player has long been considered one of the top media players on the market and it is well worth rushing out to grab.