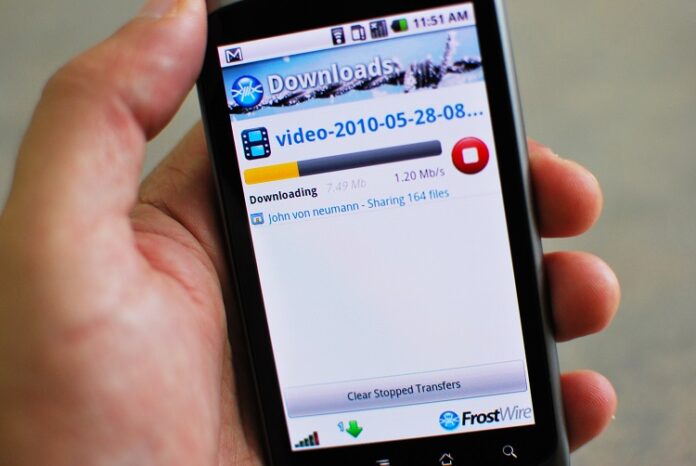 FrostWire is a P2P file sharing software client for the BitTorrent and gnutella protocols. The program is a fork of LimeWire, which is another gnutella client. The two programs work in the same way, and when you search for something using FrostWire,you’ll also get results from its older brother. The FrostWire project started 6 years ago.

So, I was telling you that LimeWire (to be more exact, LimeWire Pro, the paid version of the renowned client) has lent its source code to FrostWire. Because of this, you won’t experience any simultaneous download restrictions, nor will you be assaulted by ads. LimeWire had a green interface, but FrostWire has a blue one, with a few improvements. ”Connections” tracks your incoming and outgoing connections by host name, and also offers bandwidth info (version and vendor). A built-in community chat has also been added. Tabs are now rounded at the corners. Another important thing is that FrostWire is written in Java, so it can support multiple platforms. The program’s BitTorrent engine is powered by Azureus technology.

Now, for some cons; the FrostWire built-in media player doesn’t seem to support MP3s and MPGs. LimeWire doesn’t have this problem, however. The program also comes bundled with the ASK toolbar, but it’s not mandatory; you can check it off during the installation.

In a nutshell, FrostWire is pretty much like its older brother, LimeWire, but without ads. So you should give it a shot. Here is the download link (for the 4.21.1 version). The program is