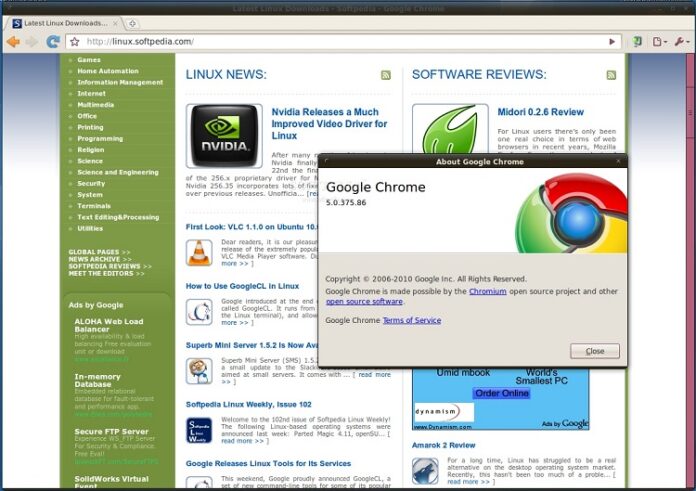 It seems that even though Google was lately concerned with some pretty interesting acquisitions, it still found the time to work on improving its Internet browser, the Google Chrome. Among these acquisitions, a lot of them were basically small application producers , such as Plinkart (that develop Android app that allows users to identify paintings and other artworks using just a phone’s camera), a developer that made most gadgets for iGoogle, called Labpixies and even a 3D multitouch desktop software company under the name of BumpTop.

Underneath all this expansion that Google was going through, the Chrome team were still focused on one of the things that constantly gains more importance in everything Google related – speed. And it seems they have done a great job with the new beta released version. Google Chrome 5.0.375 beta was launched just a few days ago on the fourth of May and Google has already released an unconventional and fun video to promote it’s speed factor.

Although there are many parameters that cannot be directly controlled, specialists found other ways to tweak the browser’s speed. For instance, JavaScript rendering is one area where the speed can be adjusted and increased. Chrome utilizes a JavaScript engine named V8 2.0 for this new beta release. What made this V8 JavaScript engine test twice as fast as Firefox 3.0 in 2008 (as this Wikipedia article claims) was the existence of some great features such as dynamic code generation, hidden class transitions and precise garbage collection. Since its first appearance in September 2008, Google Chrome’s speed performances grew somewhere between 213-305%, or so Google says.

The latest Google Chrome ads show in a very interesting and fun way, the amazing speed of the browser, comparing it with sound waves or an electric discharge at approximately 2700 frames per second. Here is the ad, and if you are curious about how these crazy ideas came to life, take a look at the second video. (called Making of Chrome Speed Tests).