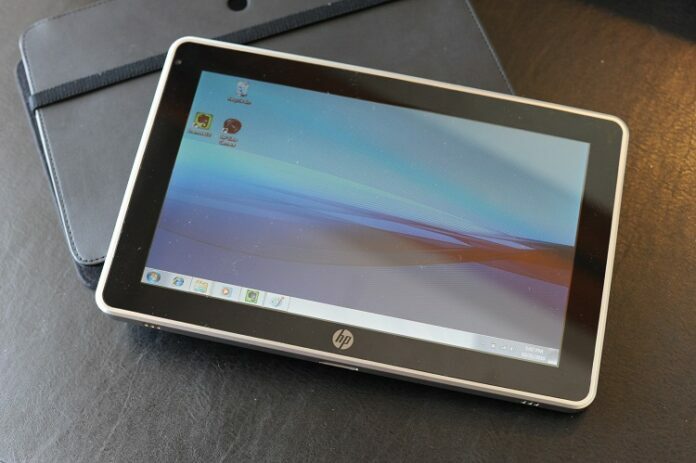 It would be childish to consider that manufacturers have real aims besides the ones regarding their sales. Given that perspective, the HP should be happy with their work on the HP Slate. A “trusted BGR tipster” claims the HP’s Slate 500 has been selling a lot better than predicted, but that doesn’t make it a success by any means.

Come to think of, HP really lacked confidence on this one, by expecting to do very poorly in the IT sector with most growth over the past year. We call it the tablet frenzy. How else could the iPad for example (which by the way is getting the iOS 4.2 Update) be able to sell 42,000 units every day. HP expected to sell under 5000 copies of the Slate.

And because the HP Slate 5000 was expected to be sold in less than 5000 units this was the number of devices that HP had ready to be delivered. Probably due to the great image that HP products have, fans have responded really well to a tab that hasn’t been advertised as good as its competitors. Rumors say 9000 tabs have been order online. As stated earlier, this is an unexpected success for HP, but they still have a long way to go until they can be considered worthy opponents of Apple or Samsung.

The HP Slate 500 is a mix of high-end devices and some minor weak points that seem to have been ignored by customers. It uses a great 1.86 GHz processor, with 512 KB cache and comes with pre-installed Windows 7 Professional 32 and FreeDos. The capacitive multi-touch screen provides for a great interaction between users and the device and other little elements, such as the combo stereo jack, integrated microphone, secure digital card slots and an optional dock come to complete the list of attracting specs. In terms of connectivity, the tab allows USB 2.0, Wi-Fi and Bluetooth and for those wanting to take pictures or join live conferences, it has been designed with both a front facing VGA cam and a rear facing 3 MP. The 8.9 inch display can be viewed as a little downside, but the supported 2GB RAM comes to take our minds off this little detail. The manufacturer says that the tab can run up to 5 hours+ on batteries, which is really good for a device that has such hardware components. Of course, all the cool specs come with a considerable price tag that of $799, cheaper than some of the iPad 3G versions, but it is a Windows 7 device. Not that it’s necessarily a good thing, but it does show off some torque.

To wrap things up, HP might have underestimated the quality of their tab. It really is a high-end device that provides users with great computation power and a lot of accessibility features and despite the fairly high set price, fans seem to not only like the Slate 500, but also buy it. Maybe with some more advertisements regarding the tab and a little more enthusiasm, HP might get a lot more out of this coll gadget they’ve created.