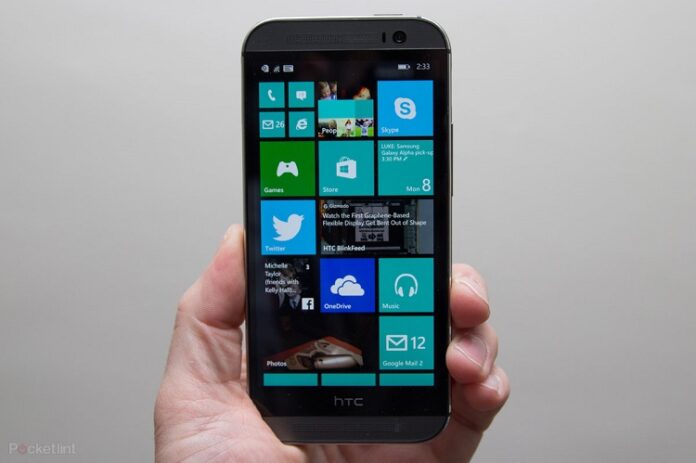 Since it’s been almost a year from HTC HD2’s release date everyone was looking forward to see what HTC had in mind for Windows Phone fans or perhaps Android and iPhone haters. And it looks like they weren’t disappointed… or were they? Due to some leaks provided by a Chinese site called PCOnline, we were able to catch a glimpse of the next HTC HD monster that aims crush its Android and iPhone based competitors. The HTC HD3 was going to get an even larger screen on an even smaller housing than its predecessor, the HD2. The immense 4.5 inch AMOLED multi-touch screen would support a resolution of 1280×800 pixels coming from a 1.5 GHz Qualcomm Snapdragon processor incorporated in a relatively small carcass of only 115mm x 65mm x 10mm and weighing just 5.64 ounces. The only detail not quite that surprising about this smartphone was probably the presence of the next Windows Mobile version of the operating system, the Windows Phone 7, which is planned for release this October.

And the good news kept coming. Both the RAM and ROM memories would consist of 1 GB and the phone would provide an internal capacity of 16GB with possibility of enhancement to a maximum of 32GB using an external memory card. The device would have the ability to playback 1080p HD videos and record 720p HD videos and will also come with a HDMI output for connections to HDTVs or monitors. Of course you couldn’t expect any less than an 8 megapixel camera with dual-LED flash from the HD3. You would stay connected to the world at any time using the 4G connectivity or the 3G connectivity or the WiFi or at least using its Bluetooth.
Despite all the features this smartphone comes with and all the things it provides you couldn’t even be disappointed by its battery life since it’s got a 1800mAh battery.

What a great acquisition this super smartphone would have turned out to be for those waiting for the HD3 or waiting for Windows Phone 7’s launch if only this was all true. But it turns out this was all a fake rumor. Even PCOnline seems to be removing this supposed old WP7 fake. Even so, it was nice as it lasted and it got our hopes up to see what HTC comes up with next.

Seriously speaking now, here’s a quick review to the HTC HD2 so you’ll know what to expect from the next HD to be released from the Taiwanese company. The second phone from the HTC Touch HD family was released in Europe in November 2009, in Hong Kong in December 2009 and in some other regions including North America in March 2010 from carriers like o2, Vodafone, T-Mobile, Orange, Virgin Mobile, Telstra or AT&T. The CPU is a 1GHz Qualcomm Snapdragon working for a 4.3 inch LCD capacitive multi-touch screen with a resolution of 480×800 px. The internal flash memory reaches 512 MB and the RAM memory 576 MB. The current operating system used by the HD2 is Windows Mobile 6.5 Professional even though Windows Phone 7 was thought to have been unofficially porter to the HD2 but was later demonstrated as being easy to fake.

Making a quick comparison to the older HTC HD2 we can now see how easily we were misled to believe in the possibility of such a smartphone being released this early on but we can sure hope to see one in the next few years.