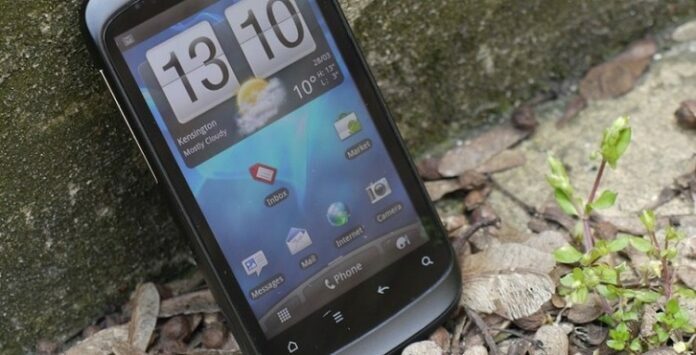 Although we were expecting a no-release period after the winter break, CES 2011 made most of the manufacturers change the usual strategy and come out with their newest and brightest inventions. This made HTC’s silence even more unusual, as besides the FCC’s approval of the Desire HD for North America and some more specs for the Thunderbolt, there haven’t been a lot of reasons to bring HTC into discussion. A leaked build file received by Android Spin might bring some sense to the situation, as it seems like the company is working on a product from an entirely new generation – the HTC Scorpion.

We hate coming out with mere speculations, unless they’re really astonishing and it so happens that the Scorpion (if this project exists) has managed to attract our attention. Rumors regarding a possible new high end device from HTC have started to wonder around months ago, even before the release of Android 2.3. It’s easy to understand why people got so excited when they found out about one of the devices to run Froyo and it’s just as natural to see how the interest faded away once tons of handsets running Google’s still latest OS came out and none of them was the awaited HTC. The earlier mentioned leaked file comes to reignite the flame of hope. Hope that we’ll soon be able to play with the latest technology, as chances are that the Scorpion will feature a 1.5 GHz Qualcomm Snapdragon processor and will support WiMax. The rumor goes further, stating that it might hit Verizon first, but trying to anticipate things this early might be a little farfetched. The 4G networks in US are expanding by the minute and if this smart phone ever sees the light of day, the manufacturer is most likely to opt for the biggest network at that moment.

It’s not much, but it’s definitely something to think or even dream about until we find more, hopefully directly from HTC. Any case scenario, a device with a 1.5 GHz processor would obviously be the fastest one yet, maybe the only one able to take on the Nexus One. There’s no doubt that such performance would come at considerably high prices, but products like the iPad, the Samsung Galaxy Tab and others have proved us time after time that fans are ready to pay what it takes in order to own the latest technology. Supporting WiMax, the HTC Scorpion would surely hit the tops in an instant, but if there’s one thing to comment about this yet unconfirmed device it’ the OS. Froyo might have sounded like Science Fiction half a year ago, but any handset that wants to conquer the market months from now should seriously think of wearing something more than Android 2.2… maybe Gingerbread? We’ll keep you posted if and hopefully when more (some) info on this project is made official.