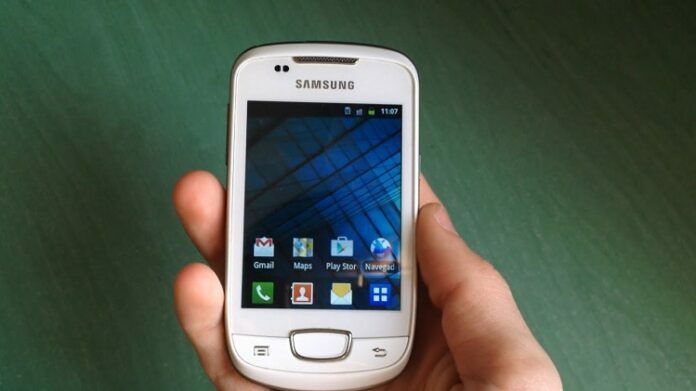 You know, we feel like the Samsung’s Galaxy S series should be introduced as obligatory case study in every company in the world that produces, sells, brands or markets something. It’s really hard to manage a better way to gain financial success than the way Samsung squeezed money out of your poket with the S series. To be honest, the “standard” (international) version of the Galaxy S is still one of the of the better smartphones up to this date, but that’s not impressive. There’s that US Galaxy S smartphones came in slightly different variants and were branded differently, depending on the carrier is interesting, but not impressive. What’s very impressive is that by not updating the Smartphones like they should, Samsung (and it’s not only them, but they are the most aggressive player in the game) is able to come up with follow-ups that are only small improvements, but come with an updated OS (take the Google Nexus S with Gingerbread). But if latest rumors on the Samsung Galaxy Mini are true (it might be sold under the name of Samsung Tass, but nothing is sure yet), Samsung have downgraded the hardware, but updated the software to Android 2.2 (Froyo). Just in case you’re not aware, all of the Galaxy S version in the US have had (or still have) problems with updating the OS.

First and foremost, the Galaxy Mini is considerably smaller than the Galaxy S, with dimensions reaching only 110.42×60.76×12.68 mm. Just like its older brother, it will be a 3G phone, but will only support HSDPA 2100. The display will be a capacitive 3.2 inch TFT one, able to put up 256K colors and a resolution of 240 x 320 pixels. Just a slight reminder, the S has been given the pleasure of wearing a 16 million color Super AMOLED display, the new fellow seems a little bit shorthanded here. Unfortunately, the list of downsizing goes on to missing out on cool features, such as the Swype text input, proximity sensor and other similar functions. It will at least have the classic 3.5 mm audio jack and will support microSD cards up to 32 GB, which is more than the maximum 16 GB that can be fitted on the “old” Galaxy.

When it comes to connectivity, the Galaxy Mini isn’t doing that bad, was Bluetooth v3.0 and USB 2.0 as well as Wi-Fi capabilities. Furthermore, the rear camera (which is actually the only camera it has) is a 3.15 MP one; no word on any auto-focus or flash features yet, but who knows.. maybe someday. At least GsmArena states that it will be able to capture videos, although it probably will be no match for the 720p camera of the Galaxy S. Other included features are stereo FM Radio, Java and a decent 1200 mAh battery. On the software side of things there no much room for surprise anymore, with the well known collaboration between Samsung and Google. The Mini will most likely be running Android 2.2 (Froyo) when it comes out, although future versions (such as Gingerbread) are awaited and might make their way to the handset.

Please take into consideration hat all of the above specs are still unconfirmed and might change until the Samsung Galaxy Mini will be announced. We should expect that to happen in during the future couple of weeks or so, as rumors regarding the device have intensified lately and this usually happens around the date of the press releases. Unfortunately for Galaxy fans, this doesn’t really sound like one, leaving the impression that it only wears this tag in order to get some attention, instead of disserving it. It is several classes under the Galaxy S, but there might be something good in this after all: the price should also be considerably lower than that of its predecessors.

One retailer already has an ad up for it. As the code is what we expect (S5570), the smartphone could very well be called the Samsung Tass. If that’s the case, we get a release date on 24 January.