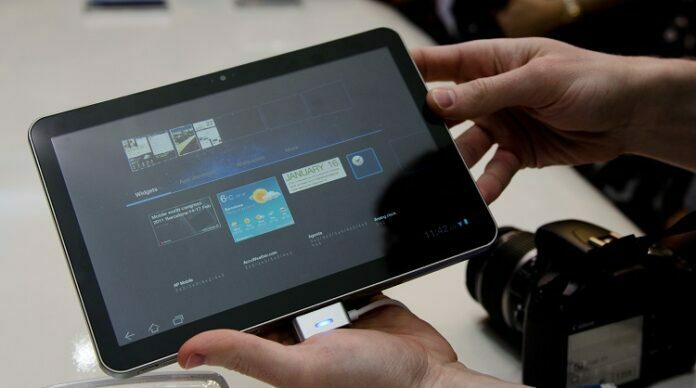 Today, Samsung finally unveiled two new models from their Galaxy Tab series of Android tablets. The first of them is the Samsung Galaxy Tab 10.1 that takes its name after its size of 10.1 inches (this places the tablet in the Xoom and iPad category). The second addition is the 8.9-inch tablet, named, obviously, the Galaxy Tab 8.9.

Both these tablets can brag as being the world’s thinnest tablets at just 8.6 mm, even though some changes were made to the 10.1 model in order to get this title.

Both these two new versions of the Galaxy Tab will support HSPA+ but will also come as WiFi-only versions. Interestingly enough, Samsung also announced the release dates and prices for all models from the WiFi-only range and they are as follows: