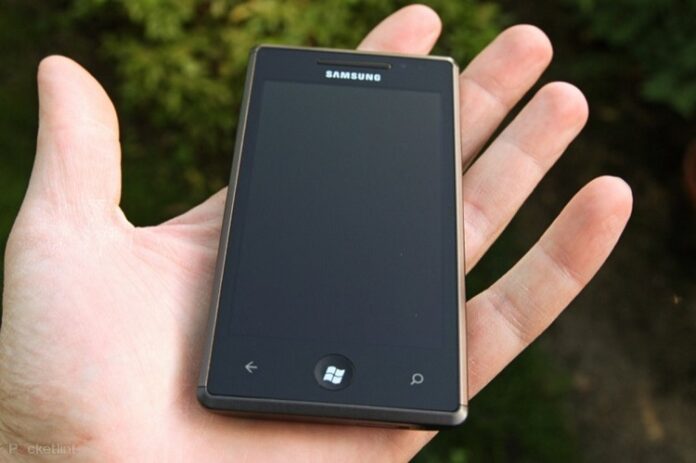 The release of Windows Phone 7 phones is without doubt one of the most awaited moments of the year, with the guys from Microsoft having done a great job in creating a lot of fuss around this subject. With WP7 smart-phones almost here, people started to wonder which devices would be the first ones to receive the OS and until a couple of days ago, the most probable one was the HTC HD 7. In a surprising move, the Russian Samsung division made an announcement with just hours left before the official launch of Windows Phone 7, stating that the Samsung Omnia 7 will also be running this OS and will soon be available in stores.

As surprising as it may seem, this move comes to add to the general enthusiasm regarding WP7 phones, so it might be just another well played card. Any case scenario, the device is definitely worth the fuss, with Samsung having prepared a 4 inch Super AMOLED touch-screen display, able to put up an 800×480 resolution, still much lower than the 5 megapixels the camera with autofocus will have. Moreover, users will have the possibility of capturing 720p movies, at 25 frames per second, which is very good to say the least, when it comes to handsets. In order to store all the media that can be played by the phone, fans will have 8GB of internal storage space to play with and if this isn’t enough, a MicroSD cars slot is there to help expand the playground. Connectivity features haven’t been ignored either, with USB 2.0, Bluetooth and Wi-Fi one click away. All of these will be controlled by the Windows Phone 7 operating system, which will run on a 1GHz Qualcomm processor.

While most of the specs sound great, some people may be disappointed by the Bing Map and Search features that have been pre-installed, but to be honest we couldn’t have expected Microsoft to fit one of Google’s engines on their baby. Furthermore, the phone will only have assisted GPS, fact that might let some down. Still, users will be glad to find out that producers promise 330 hours of standby and 370 minutes of talk time, both on a regular 3G network, which seems quite much compared to other similar phones. If this isn’t enough and autonomy is important, than switching to a 2G network may save a considerable part of your battery life, bringing it to 520 talk time minutes and 370 standby hours.

The Samsung Omnia 7 will most likely be one of the first Windows Phone 7 device to be available on shelves. The expected European release date of the Omnia is October 21st, when fans will be able to sign two year contracts with Orange in exchange for a free phone. The downside is the 40 pound monthly fee, but this isn’t really that much providing the handset comes for free. Now there are a lot of reasons to be excited by the first WP7 and it is to be expected that many people will want to try it out as soon as it hits Orange stores. There’s only one thing that can ruin this well built success: once a release date has been made official, manufacturers will make everything that is possible to respect it, even launch phones that aren’t 100% ready to get on the market. We’ve seen how Apple have struggled recently to mend their iPhone problems and how many Android devices are still being released with the 2.1 version only to be later updated to Froyo, so let’s hope Microsoft are serious when announcing that the OS is really ready.