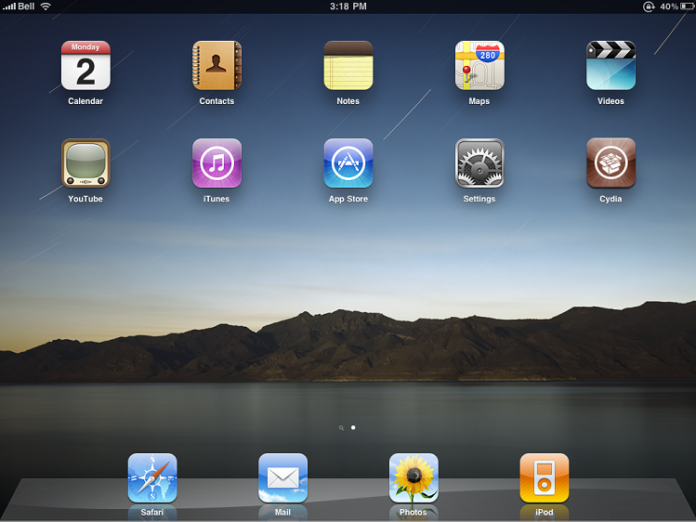 Hackers have succeeded jailbreaking the iPad after just one day from its release. They managed the jailbreak through a software called “Spirit” which works with both iPhone OS 3.2 (iPad only) and iPhone OS 3.1.3 (iPhone and iPod touch). The jailbreak allows the iPad/iPhone/iPod user to run software unauthorized by Apple.

Soon enough, another hacker, known by his online handle “Geohot” has demonstrated a method to jailbreak the iPhone 3GS, and he states that his new method could work on the iPad.

During last year, Apple updated the BootROM (iBoot-359.32) in the iPhone 3GS without a new model release. This silent update was made to improve the security of the OS and has proven successful. It gave the hackers a pretty good challenge, but they still managed to release a restricted jailbreak, one that requires users to connect their iPhone to a computer via USB whenever they reboot the device.

Apple states that the latest OS update (iPhone OS 4.0) will include new security measures designed to challenge the hackers. The company’s struggle to avoid jailbreaking was caused by their main concern, piracy, which allow users to steal software from the App Store. Firmware updates will lead many of these jailbreak methods from being successful to being inert.