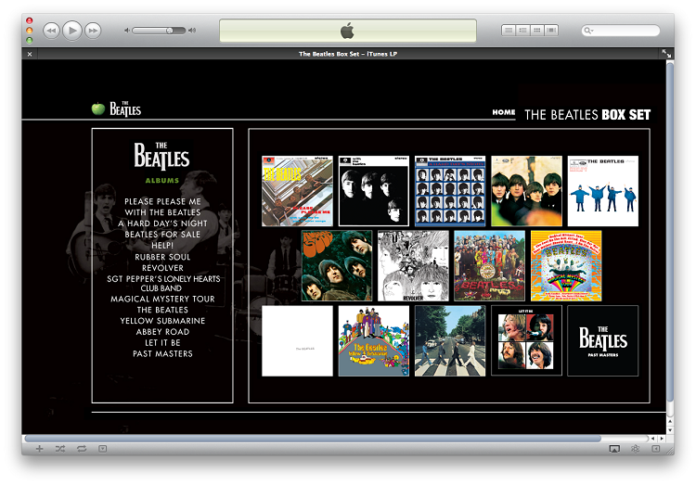 Music fans had something to cheer about last week. Now, all songs from the Beatles are available to download through iTunes. Users can download their favorite songs from the original studio albums of the band and even get the complete set from iTunes. Sure there was hype. And Apple seems pretty excited about it. If you go to iTunes preview page, you will be able to read that 5000-word info on the band. While the announcement was long awaited and expected, reports explain the delay had been primarily due to disagreements between Apple Inc, Apple Corp, the holding company for the Beatles, and record label EMI over the pricing of the Beatles music catalog.

Now that an agreeable deal has been struck and the music of this hugely popular band, which kicked off way back in 1957, is avilable on iTunes, all seems great. Well, not quite. Because if initial reports and blog postings are any indication, the news has not received overwhelming response.

The reasons aren’t difficult to guess:

Price: You can preview songs and buy individual albums for $12.99 apiece or even go for the entire collection if you are ready to shell out $149. That premium pricing is not expected to go down well with potential buyers of digital downloads. This kind of downloads is always expected to be cheaper and most albums on iTunes are selling at $9.99. Some have even pointed that actual CDs available at certain online stores could be collected for much less than what iTunes is charging.

All hype: The hyped marketing campaign ahead of the launch had raised expectations. Was a streaming service getting launched or a cloud feature added may be? It was just the addition of the Beatles to iTunes. And it had been rumored to hit iTunes for ages. So, music aficionados still found themselves asking Apple for more to justify that hype.

No rare numbers: While the hype is likely to trigger impulse sales, there are those who believe if Apple had introduced some rare compositions of the band, some newly-uncovered numbers, the hype may have been justified. Repackaging the same Beatles content in newer formats is becoming an order of the day; and some are already getting bored of the fact that Apple Corp. is not doing much besides repackaging.

Just a royalty settlement: People closely following reports and rumors on this see the announcement as just a settlement of a royalty negotiations and another business deal finally coming through.