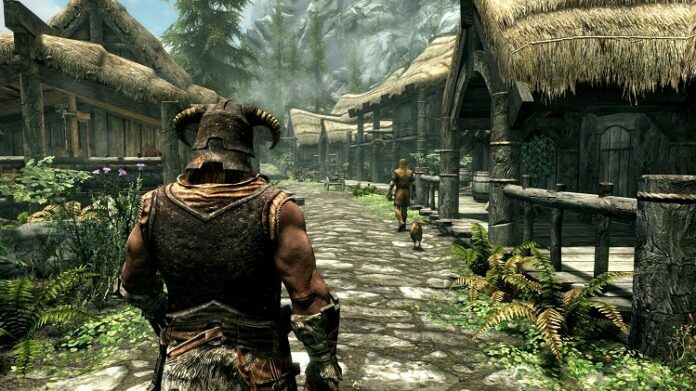 Elder Scrolls 5: Skyrim will feature a brand new, internally built game engine. This news came via a recent Twitter message posted by Bethesda Softwork’s community manager Nick Breckon. So, the next game in the fabled role-playing series won’t, as originally suspected, be using id’s Tech 5 engine, nor will be using Oblivion’s outdated and broken engine, Gamebryo.

For those who don’t know, Gamebryo is the engine that powered games like Elder Scrolls 4: Oblivion and Fallout 3. Also powered by Gamebryo is Fallout: New Vegas which recently received plenty of heat for its numerous technical issues, bugs and glitches. We hope this will certainly be a new engine and not a heavily modified of revamped one, as Todd Howard suggested would be the case when talking to Eurogamer back in August, saying that Fallout 3 technically does a lot more than Oblivion and the new stuff (TES 5) will be an even bigger jump from that.

The Elder Scrolls 5 was officially unveiled at Spike Television’s 2010 Video Game Awards, and it seems we have less than a year to get our PC in shape as well. TES 5: Skyrim’s release date has been announced at the VGA: 11/11/11 – just eleven months from now.

The announcement comes just weeks after a report surfaced that a new Elder Scrolls was in the works, and would be a direct sequel to the last entrant in the series, The Elder Scrolls 4: Oblivion. Bethesda has practically revealed no details about the game except the game will launch worldwide on November 11 of next year on the PlayStation 3, Xbox360, and PC.

The official site hosted only a teaser trailer at press time as Bethesda obviously plans to release more information in due time.