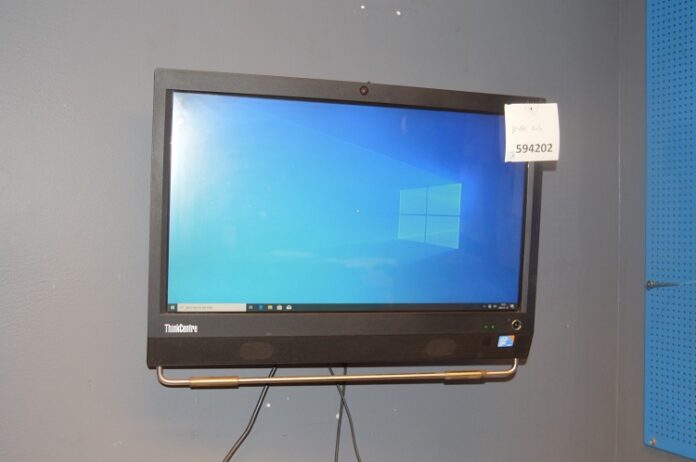 Chinese corporation Lenovo has released the ThinkCentre M90z, the „first large business-focused, 23-inch all in one” desktop. A rather inaccurate assertion, as 23-inch, all-in-one touchscreen desktop computers are not quite a new on the market.

They’re right about the „business-focused” part, though, as organizations such as the Centre for Severe Weather Research have already begun using the computer to track down tornadoes.

The nicest part about the M90z is the fact that it is customizable. It supports DDR3 memory, HDD or SSD, and Intel Core i3 and i5 processors. Wi-fi and Bluetooth are optional. The optical touchscreen is 23 inches wide. The computer features a SimpleTap interface, a microphone, a webcam, touch-capacitive monitor buttons and brightness auto-control in order to avoid energy waste. Lenovo has yet to offer more specifications.

Up to now, it sounds like a pretty average desktop. But it also boasts some high security features, such as a hardware password manager or encrypted hard drives and some productivity tools from Lenovo’s ThinkVantage Technologies.

If you aren’t impressed by the specs, the price might convince you to buy it. It’s only 899$ and it will be on sale at the end of the month ( no specific date announced).

Should you want a more detailed look, check out this video.The ThinkCentre desktop computers have always been highly acclaimed. They were initially produced by IBM.