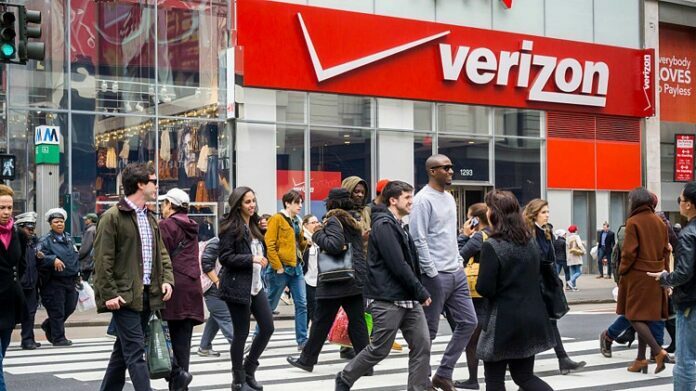 As any major and respectable company is used to doing this time of the year, it’s Verizon’s turn to calculate and show off how much money they made or lost compared to the same period (meaning the second quarter) of the previous year. So far we’ve been able to provide financial statistics for the second quarter of 2010 for such companies as Intel, HTC, Sony Ericsson or even Google. Now it’s time to see how well Verizon did during this year’s second quarter and how well they were able to confront the financial crisis that shattered the whole world the past couple of years.

But first, let’s take a look at Verizon’s highlights that might have influenced the company’s cash flow during this first half of 2010. On July 1st 2010 Verizon completed the transfer of its local wireline operations in 14 states to Frontier Communications making way for the largest rural telecommunications company in the US. Another big step for Verizon was made last year by the acquisition of Alltel, one of US’ largest carriers back then. Continuing to expand its network infrastructure, Verizon added a second data center in Hong Kong which will enhance the company’s services in the Asia-Pacific region. Also, Verizon installed 18 new Private IP edge routers reaching a total pf 781 routers in 221 sites around 60 countries. There were added four additional converged packet architecture switches too in various locations like Tel Aviv, Rotterdam, Winnipeg or San Jose making a total number of 146 CPA switches in 129 sites throughout 35 countries. Besides attracting new multinational corporate customers, Verizon also shook hands with several government agencies, like, for instance, the US Department of Health and Human Services.

Getting back to our main concern, the money that Verizon was able to produce this past few months, let’s review the company’s financial reports picked up from a press release made by Verizon themselves. It seems that they are entitled to brag a little, not doing too badly. In fact, Verizon’s overall revenue has known a 3.4% year-over-year growth reaching the amount of $16 billion in the second quarter of 2010 only. Now let’s take it one step at the time and see the statistics for each branch in particular.

On the Wireless segment, Verizon increased their number of customers attracting 1.4 million new clients in Q2 only. From this number, just 665,000 were retail postpaid customers, the rest still opting for prepaid services. There were also 896,000 reseller customers in this year’s Q2. Reaching a total of 92.1 million customers after divestitures and conforming adjustments regarding the Alltel acquisition, Verizon has in present a staggering number of 86.2 million retail clients. Moreover, the company added an extra 264,000 connections coming from different services such as machine-to-machine, eReaders or telematics. The total number of Wireless connections revolved around 99.7 million by the end of Q2 2010. Verizon has witnessed an increase of 5.2 percent in service revenues compared to last year’s same period and data revenues grew with 23.8 percent. The average monthly service revenue per user increased with 0.9 percent compared to 2009’s second quarter reaching $51.56. Average monthly data revenue per user grew to $17.85, meaning 19.4 percent more than the same period in 2009.

On the other hand, regarding Verizon’s Wireline branch, the customers’ number increased with 196,000 for the FiOS Internet services and with 174,000 for TV services, thus making Verizon reach a total of 3.8 million FiOS Internet and 3.2 million FiOS TV customers. Broadband and video revenues were up 20.1 percent compared to Q2 2009, making a total of $1.8 billion. Consumer ARPU (average monthly revenue per user) for wireline services totaled $80.76 with an increase of 11.4 percent over second quarter 2009. ARPU for FiOS clients exceeded $145. The wireline workforce owned 110,600 employees at the end of Q2 2010, less with 3,800 than at the end of Q1 2010. Still, more than 9,200 employees were transferred after the July deal with Frontier.

Verizon reported strong cash flow growth coupled with improved margins in this year’s second quarter for both its Wireless and Wireline branches. Even so, the company reported a loss of 7 cents in EPS (earnings per share), caused, among other reasons, by pre-tax costs for workforce reductions of approximately $2.3 billion. In Q2 2009 the company reported earnings of 52 cents per share. Verizon also worked on lowering their costs and expenses, such as capital expenditures that dropped with 3.6 percent over the same period in 2009 reaching $4.2 billion. Monthly cash expense per customer was also lowered to $26.48 from $27.42 last year.

Even with good results so far, Verizon is still constantly thinking how to expand and improve its services. Its 3G network is amongst the top of US’ carriers regarding the coverage it provides and is currently available over 289 million residents. By the end of this year Verizon hopes to launch the nation’s first 4G Long Term Evolution network in 25-30 markets and by the end of 2013 they hope to get the same coverage that is now available for the 3G network. Verizon is also looking forward to bring the 4G network in rural areas by collaborating with different rural companies. It seems that Verizon has some big plans for the future and it looks like the next few quarters will most likely be even more profitable than these first two quarters of 2010.