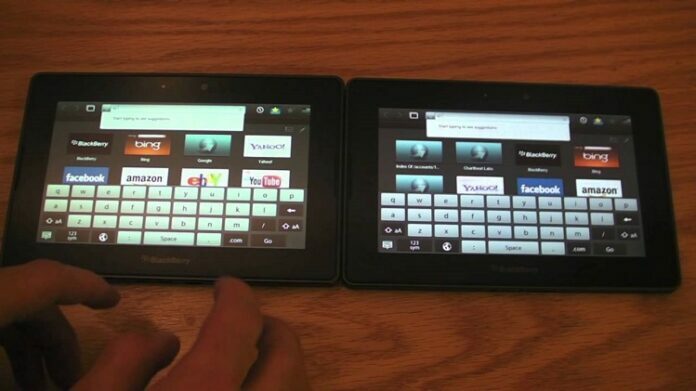 Many people expect many different tablets. There has been a market explosion in this sector recently, and if you are as confused as I am when thinking about which tablet to buy for yourself or for someone as a gift, every little piece of information will help you. This is why I am so happy that some folks at mobilityinsider got their hands on some inside tips on RIM’s creation, the Playbook.

Over the past months, there have been a lot of rumors regarding Blackberry’s tablet, especially when it came to its price. One of the most recent rumors came from the Wall Street Journal which reported a price starting under $500, which is true, and Oppenheimer Analyst estimated a price for sale of around $540, which was also pretty darn close. Nevertheless, now we have some hard evidence concerning the real prices set for the market by RIM.

Apparently, there will be 3 models of the Playbook, 8GB, 16GB and 32GB, that according to an insider will have the following prices: $399 for the 8GB BlackBerry Playbook, $499 for the 16GB while the 32GB BlackBerry Playbook price seems to be set at $599. One must say those aren’t bad prices, considering that it only costs $100 to double the memory from 8GB and another $100 to get to 32GB. Apparently, besides the price tag and the difference in memory, all 3 Playbooks will be identical when it comes to features.

Unfortunately, there will be no WWAN connectivity, so you will have to rely on WiFi or a Mobile Hotspot for connection, of course, only if you don’t have a Blackberry too so you can enjoy the data connection for free. Also, RIM gave a few hints about its plans to release another Playbook, a follow-up to this one, which will be “gifted” with WWAN (wireless carrier connectivity), and it looks like a real possibility considering the coverage that RIM has worldwide.

Considering that the Playbook’s release date has been delayed until mid-February 2011, hopefully not more than that, one can only hope that this prices stick. If you look at the leader in this industry, the iPad, which starts at $499 and works its way up to $699, because the difference is huge between 16GB and 64GB, and to top it off, this is before you add the ATT connectivity option, RIM might change their pricing plans until the time of the tablet’s release.