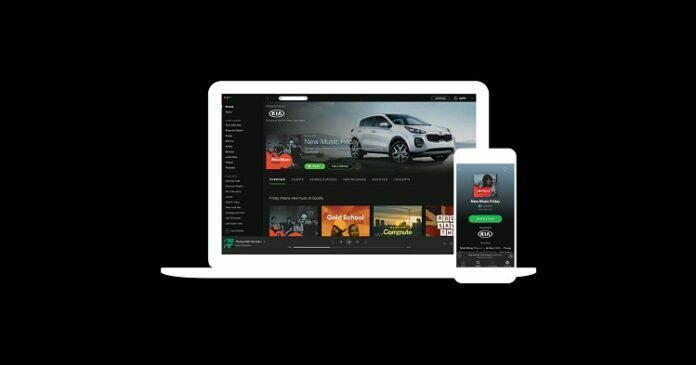 Music streaming service Spotify is turning to a more sociable interface introducing new features under the name of “Spotify Music [email protected]”. The guys at Spotify are in fact creating a really powerful social network which even connects with Facebook thanks to some features. These new changes will be available on two different levels of complexity – the Free and the Premium accounts.

Spotify is a peer-to-peer music streaming service coming from a Swedish company, which allows instant listening to tracks with virtually no buffering delay. Having been launched in several European countries, but not even claiming a release date for the US, Spotify now has the ability to automatically update itself and restart, according to lead creative and designer Rasmus Andersson.

The main improvement which makes Spotify a kind of social network is that the users now have the ability to share playlists, favorite tracks, favorite clips, favorite albums and other musical tastes. This will be available after creating a self profile and filling some personal information as well as music related details and publishing a widget on the web containing this information. This will allow users to connect amongst themselves by searching and adding friends to the profile.

The new features will also provide a messaging system for exchanging opinions, impressions or even suggesting different tracks or clips. This will come as a very simple way to share music preferences in a drag and drop style. All you have to do is to overlap a track on a friend’s name.

The Facebook Connect feature will import information about music that friends posted to Facebook and list it in a newsfeed style. The users will also have the possibility to publish their musical tastes from their profile to Facebook using this feature.

Another great thing is the Library function which provides a way to link your local files with Spotify by sharing them in a playlist but only if they match tracks in the Spotify catalog. You will also be given the possibility to give ratings or tag tracks or bookmark favorites. The Wireless Sync feature seems to have been created in vane since tracks are saved to playlists also in the offline mode.

This will probably turn out to be a great thing for the users and a formidable move on Spotify’s behalf as every tendency on the Internet is primarily directed towards socializing nowadays.