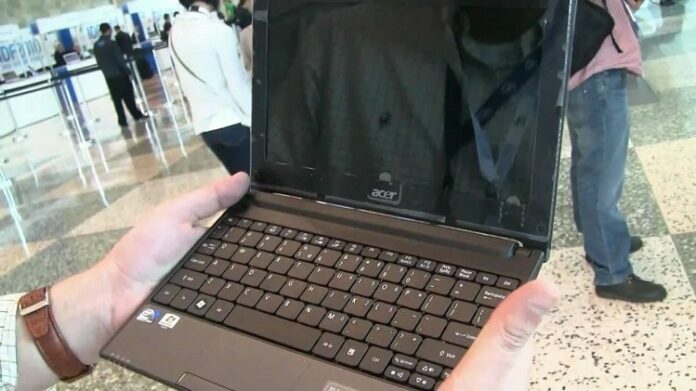 The worldwide second selling PCs and laptops manufacturer, Acer, has lately redirected its attention towards the development of efficient netbooks, taking advantage of the current trend. At first, netbooks were way too expensive and would provide users with a bad quality-money ratio, but as time passed by prices started to shrink and performance was improved. This is also the case of the Acer Aspire One D255, whose official specs, prices and pics have been announced by the Taiwanese company.

First of all, the main attraction point of the D255 is the Atom dual processor which, despite its very good performance, has a low consumption, allowing the system to run up to 8 hours on batteries alone. While the possibility to install single core Atom processors has been left open, for those wanting to maximize the specs of the new Acer, the netbook also features advanced DDR3 memory support. Unlike with usual netbooks, Pete Dailey (senior product marketing manager for netbooks within the Acer group) announced that with the D255, users will be able to enjoy multitasking without having to fear that programs will get stuck or run more slowly. On the contrary, the N550 dual core processor can be put to work by surfing the internet and using different applications at the same time, care-free. In order to make the product ready to use from the first second, the system has been equipped with Windows 7 and Office 2010 Starter Editions and offers fans 250GB of internal storage device.

Besides the performance specs, one who buys a netbook is most likely to pay attention to other details, such as overall aspect, battery life (which, as mentioned earlier, can last up to 8 hours), or the dimensions of the device. That is why the new Acer D255 presents itself as a 1 inch thick device, which weighs little over 2.5 pounds, but still features a 10.1 CrystalBrite LED-backlit display which helps improve the battery life with approximately 20 percent. Trying to keep the number of compromises made to a minimum, the integrated keyboard is 93 percent the size of the standard one, so users won’t have to worry about pushing 3 keys instead of one. Back to the looks of the new Acer, buyers will be able to pick the color that fits them best, between the available red, black, brown and aquamarine.

Another important subject when it comes to netbooks is the connectivity one. Taking this into consideration, Acer have equipped their newest baby with 802.11 b/g/n Wi-Fi and LAN connectivity. Furthermore, the crappy webcams we’ve all gotten used to are long gone, so the D255 features a 1.3 MP HD camera and an integrated microphone that promise to enhance the social and entertaining activities, leaving echoes, cut-offs or bad sound/video quality aside. In addition to all these attracting features, Acer have also chosen a Multi-Gesture Touchpad for the D255 allowing users to invert, zoom or edit pictures and windows as they please.

Along with the Acer D255, two other netbooks have been officially announced and these are the AO721 and the AO521. While most features are the same on the last two as on the D255, the main differences are made by the better Graphics offered through the ATI Radeon HD 4225 board that also offer the possibility to send images or videos to other external devices through HDMI. Of course, better performance comes at a cost and in this case the main ones are battery life and money. While the autonomy difference shouldn’t be that big, the price tags differ a little more: the dual core of the Acer Aspire One AOD255 will be available in exchange for $329.99, while the single core one will cost only $269.99. Moreover, the AO521 will have a $349.99 price tag and the AO721 will start from $429.99. All the versions will be available in late October at most U.S. retails, so keep your eyes peeled if you want one.

It really is a wonder how fast netbooks have evolved and these new releases from Acer come to stress that high performance doesn’t necessarily come in big packs. Of course, netbooks are far from putting up the benchmark scores of desktop, or even laptops, but for those travelling a lot, they are starting to be a better solution by the day.