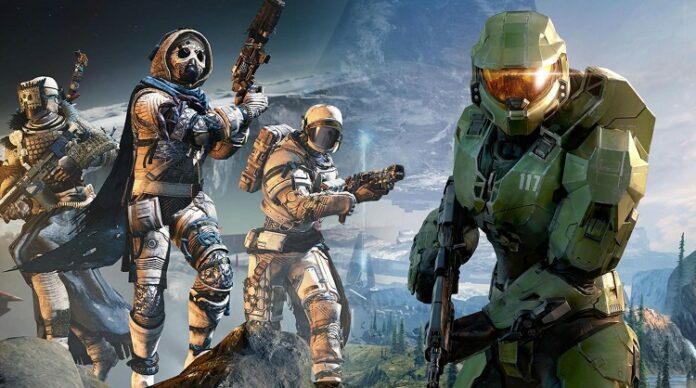 Bungie has released new details about the armor upgrades in their upcoming game, Halo: Reach (scheduled for a September 14th release date). At first, they only teased the fans of the game with some of the upgrades from the Armory, but now they’ve come up with something better.

Firstly, there are the classic pieces to which we’ve grown accustomed in Halo 3- the helmet, the shoulders and the chest pieces. But players will also be able to put on Wrists, Visor color or knee guards. The firefight voice is also available. An utility option and an armor effect will enhance the protection of the character. Note that Bungie only revealed the armor available at the start of the game. They specified that there will be tons of upgrades and customizations as players progress through the game. The players’ ranking will now be achieved through a credit system, unlike in Halo 3 (where it was skill-dependent). Additional items become available depending on the acquisitions of the players.

The “Spartans” in Halor Reach will also be more customizable than in previous games, that is, of course, if you have enough credits.

Recently, the producers of Oni and Myth disclosed the achievements for the game and announced a collector’s edition of the game.

Halo: Reach will be on the market as of this autumn and will be available for Xbox 360. Some of the industry professional analysts place it on top of the best selling games launched this year.